Earlier this week, Smriti Irani had walked 14 km barefoot to Siddhivinayak temple along with close friend and producer Ekta Kapoor. 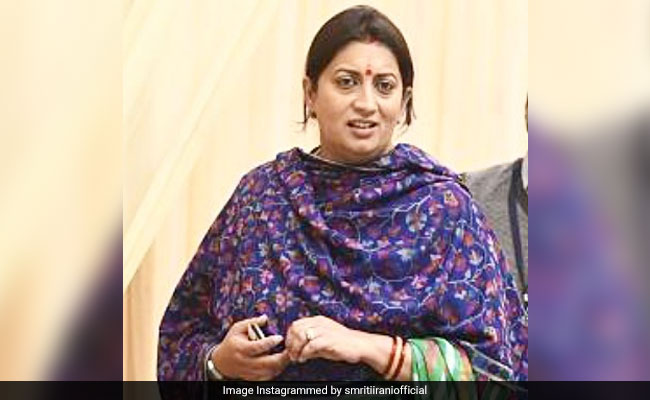 "I came seeking Thakurji's blessings before we start the work of rebuilding the country with compassion and harmony. I have come here on behalf of every one of us (ministers), seeking his blessings." Ms Irani said.

"I have always said that whatever I have achieved till date is due to his blessings," the 43-year-old minister added.

Earlier this week, actress-turned-politician had walked 14 km barefoot to Siddhivinayak temple along with close friend and producer Ekta Kapoor.

Smriti Irani had joined the BJP in 2003 and contested unsuccessfully against Congress's Kapil Sibal from Delhi's Chandni Chowk. She contested against Rahul Gandhi from Amethi in 2014 and lost by over a lakh votes. She contested again this year from the Congress bastion and beat Rahul Gandhi by over 55,000 votes. For this remarkable achievement, she is being called the "giant slayer of politics".

Smriti Irani had thanked people for the verdict with a tweet in Hindi, saying, "Kaun kehta hai aasmaa me surakh nahinho sakta (Who says you can't drill a hole in a sky)" she quoted poet Dushyant Kumar in her tweet to assert that nothing was impossible.