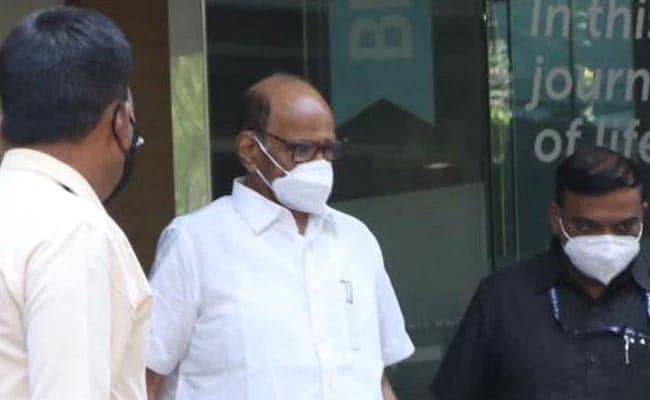 Veteran political leader Sharad Pawar found himself denying that he is a candidate for post of the President -- speculation triggered by election analyst Prashant Kishor's meeting with the Gandhis. The Nationalist Congress Party chief, who had met Mr Kishor twice earlier, also denied that the meetings involved any political discussion.

"Prashant Kishor told me that he has now left the business of making election strategy," he told reporters in an off-camera interview this evening.

"Prashant Kishor met me twice but whatever happened was about his company. There was no discussion about the leadership of the 2024 election or the presidential election," Mr Pawar added.

Yesterday, Mr Kishor had met all three Gandhis. Rahul Gandhi and Priyanka Gandhi Vadra were present in person and Sonia Gandhi had joined on video chat.

Sources had said that the meet was not about was not about state polls as was speculated, but about "something bigger". Sources indicated that the discussion could have been about a formal role in the party for Mr Kishor.

Mr Kishor -- who in an interview with NDTV had said he was quitting the sphere of election strategy -- has called himself a "failed politician" in a reference to his career in Nitish Kumar's Janata Dal United.

But his meeting set of speculation about Sharad Pawar's role and there were questions on whether he would be the opposition's presidential candidate.

"It is wrong to say that I am a candidate for the Presidential election," Mr Pawar told reporters.

Refering to the BJP, he said "When a single party has more than 300 MPs, what will be the result of the election, I know. I will not be a presidential candidate".

The veteran political leader, who had taken the initiative to stitch up an opposition wall ahead of the 2019 Lok Sabha elections, also said no decision has been taken about the 2024 elections. "The political situation keeps changing," he added.