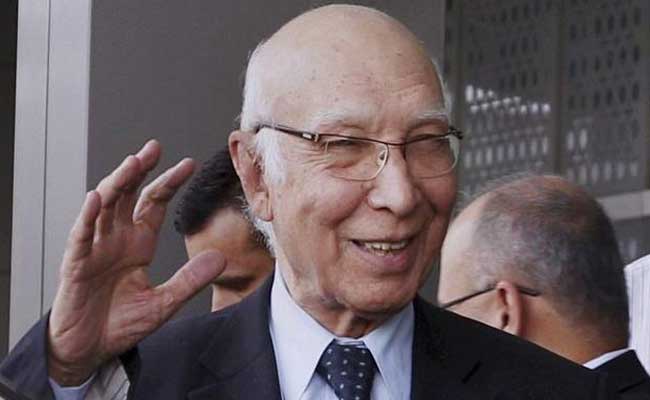 Islamabad: A day after Prime Minister Narendra Modi warned "blood and water cannot flow together," Pakistan has declared that if India opts out of  a key water-sharing agreement, it would amount to "an act of war."

"International law states India can't unilaterally separate itself from the treaty," Sartaz Aziz, the Adviser on Foreign Affairs to Pakistani premier Nawaz Sharif. "this act of revocation can be
taken as an act of war," he said.

Late on Tuesday evening, quoting Pakistani news channel Geo News, news agency Press Trust of India reported that Pakistan has approached the World Bank and the International Court of Justice over the issue.

18 soldiers were killed by Pakistani terrorists at an army base in Uri in Kashmir on September 18. PM Modi vowed that the attack would not go unavenged. India is working to isolate Pakistan globally including through the United Nations. Prime Minister Modi has indicated that while he is unlikely to take strong military action, he will move to corner Pakistan strategically.

On Monday, PM Modi reviewed the nearly six-decade-old Indus Waters Treaty which allocates waters from three rivers - the Indus, Jhelum and Chenab - between the neighbours. At the session, it was decided that India will move to utilize more of the rivers' resources, while officials said abrogation or a renunciation of the treaty is also an option being considered.

Promoted
Listen to the latest songs, only on JioSaavn.com
India has so far not fully exploited its 20 percent share of the water, allowing Pakistan considerable benefit. Yesterday, officials said that will change along with accelerated plans to build new hydropower plants along the three rivers, a move which is certain to irk Islamabad.

The Indus Water Treaty was brokered by the World Bank in 1960 after tough negotiations.