Read inOther Languages
This Article is From Jan 28, 2020

After PM Modi, Rajinikanth To Feature In Bear Grylls' "Man vs Wild" Episode 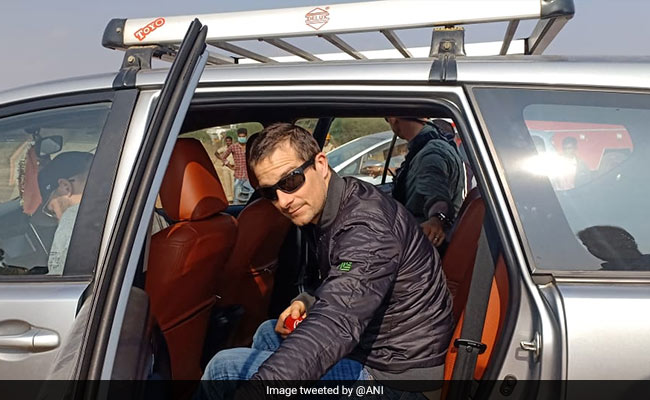 Bear Grylls is back in India. After shooting with Prime Minister Narendra Modi, the British adventurer will film a special episode of his survival show, Man vs Wild, with actor Rajinikanth.

The famed survivalist and adventurer will shoot the episode in Karnataka's Bandipur National Park, established in 1974 as a tiger reserve under Project Tiger. Mr Grylls arrived at the location this morning wearing a black jacket and blue jeans. South star Rajinikanth was seen in a blue jacket and grey track pants and was seen carrying a cross-body bag.

#WATCH Actor Rajinikanth arrives at Bandipur forest in Karnataka for a shoot of an episode of 'Man vs Wild' with British adventurer Bear Grylls pic.twitter.com/Eh2Lwd4BAI

Bear Grylls had hosted an episode of the popular show with PM Modi last year. The Discovery Channel programme saw the PM, 68, walking through the wild and taking a ride on a makeshift boat at the National Park in Uttarakhand. The Prime Minister also shared stories about his humble beginnings as a tea-seller's son and his solo trips of spiritual awakening into the Himalayas in his youth.

The special episode, shot in the Jim Corbett National Park, made 3.69 million impressions upon its premiere.

"It was a huge privilege to take Prime Minister Modi on a journey. I'm a huge fan of the wilderness and the beauty of India, not just the terrain, but also the people. We're coming back to India to do more this year," Mr Grylls told IANS after the episode.

Bear Grylls has hosted many celebrity guests on his show, including former American President Barack Obama.