After Complaint, Nirbhaya Gangrape Convict Shifted From Cell in Tihar 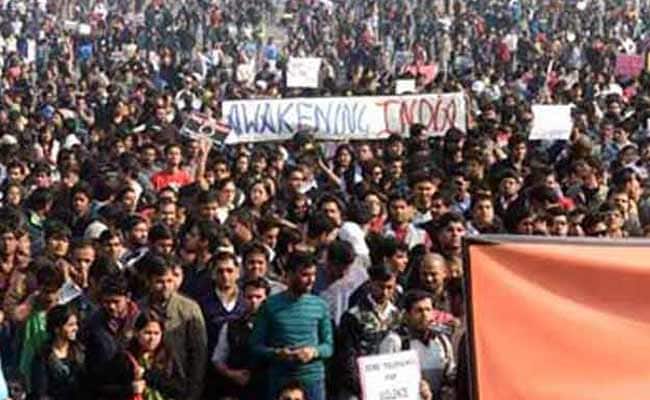 File photo of protests after the December 2012 Delhi gang-rape

New Delhi: One of the four men sentenced to death for the horrific rape and murder of a student in a moving bus in Delhi in December 2012, Vinay Kumar has been shifted to another prison inside Tihar jail where CCTV cameras are installed for surveillance, authorities told a Delhi Court today, the convict had claimed that he was being regularly assaulted by inmates earlier this month.

"The same matter has already been decided by competent authority and Vinay Sharma has been shifted from Central Jail number five to Central Jail number three on August 21 and Akshay is presently lodged in Central Jail number two with the direction to (conduct) proper surveillance and to keep in separate cell where CCTV cameras are installed," said the report, which was filed before Additional Sessions Judge, Reetesh Singh.

On August 20, Vinay had moved an application in the court alleging he was assaulted by the inmates in the Jail on August 15 and 16. He is also facing trial with three others in a separate robbery case, Delhi police has alleged that before gangraping the 23-year-old in a moving bus, the accused had lured a carpenter, Ram Adhar, into the vehicle and robbed him.

The court is hearing final arguments in the robbery case in which the four convicts of the gangrape and murder case, Akshay Thakur, Vinay Sharma, Pawan Gupta and Mukesh, are facing trial.

"Pak, Bangladeshi Muslim Infiltrators Should Be Driven Out": Shiv Sena