After BJP Snub Over Ministry Berths, Nitish Kumar Gets An Invite

The BJP's move to allot only one ministerial berth to each ally after its massive victory in the Lok Sabha elections, is seen to have upset Nitish Kumar. 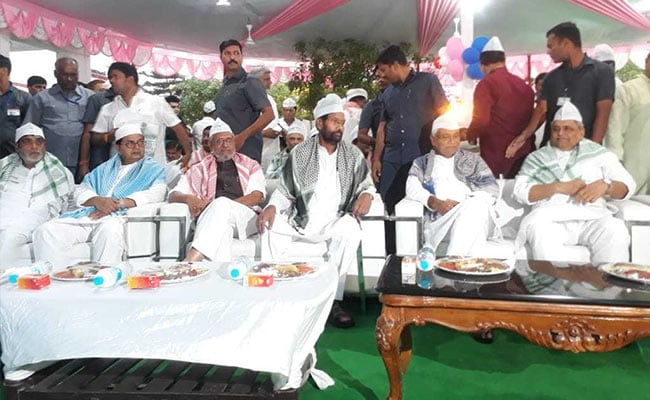 Bihar Chief Minister Nitish Kumar's rift with the BJP over cabinet berths has been interpreted as an opportunity by Lalu Yadav's Rashtriya Janata Dal. The party, which failed to open account in the state in the recent Lok Sabha elections, has sent a tentative invitation to Mr Kumar to return to the Mahagathbandhan - the Grand Alliance he ended in 2017.

The formal offer came from the party Vice President Raghuvansh Prasad Singh in Patna on Monday. Mr Singh, who is considered close to party chief Lalu Yadav, told mediamen that time has come for reuniting as the BJP will only "humiliate and insult" Nitish Kumar in the days to come.

The party later said the appeal was not just for Nitish Kumar but all non-BJP parties to come together.

The BJP's move to allot only one ministerial berth to each ally after its massive victory in the Lok Sabha elections, is seen to have upset Nitish Kumar. The Chief Minister had refused to accept it and said his party will not be part of the government.

Mr Kumar's party had not been invited to be part of the government in the Prime Minister Narendra Modi's last government either when he broke away from the alliance with Lalu Yadav and the Congress and teamed up with the BJP in July 2017.

There were expectations that he would be rewarded this time, especially in view of the party's good showing in the Lok Sabha elections. Of the 17 seats it contested, the JDU won 16.

But though Nitish Kumar pushed for a "proportional representation" for allies in the ministry, it was turned down by the BJP, which achieved majority on its own, with a higher tally than in 2014.

On his return to Patna after Prime Minister Narendra Modi's oath ceremony, Nitish Kumar said, "No one should have any confusion that the victory which was registered by NDA in Bihar - it's the victory of the people of Bihar. If somebody is claiming that this is his personal victory, then they are delusional."

Mr Kumar on Monday attended an Iftar party hosted by former Chief Minister, Jitan Ram Manjhi, who pointedly said, "There's no permanent friends or enemies in politics". Mr Manjhi was part of the opposition alliance in the national election.