Adultery Not A Crime, "Husband Not Master of Wife," Says Supreme Court

The law punished a man who has an affair with a woman "without the consent or connivance of" her husband, with five years in jail or fine or both. There was no punishment for the woman, who was seen as the victim.

Adultery law: Most countries have abolished law against adultery, the Supreme Court said

Adultery is no longer a crime in India though it can be grounds for divorce, the Supreme Court said today, junking a 158-year law that punished a man for an affair but not the woman, treating her as her husband's property. "It's time to say the husband is not the master of the woman," said a five-judge constitution bench, unanimously sticking up for gender justice and calling out the Victorian adultery law as arbitrary.

Section 497 of the Indian Penal Code punished a man who has an affair with a woman "without the consent or connivance of" her husband, with up to five years in jail. A petition said by exonerating wives of adultery if done with the consent of their husbands, it discriminates against women, and amounts to "institutionalized discrimination".

"Adultery cannot and should not be a crime," said outgoing Chief Justice Dipak Misra, who has delivered a slew of progressive decisions in his last few weeks in office -one of the busiest - before retiring on October 2. Three weeks ago, the Supreme Court scrapped a colonial-era ban on gay sex. 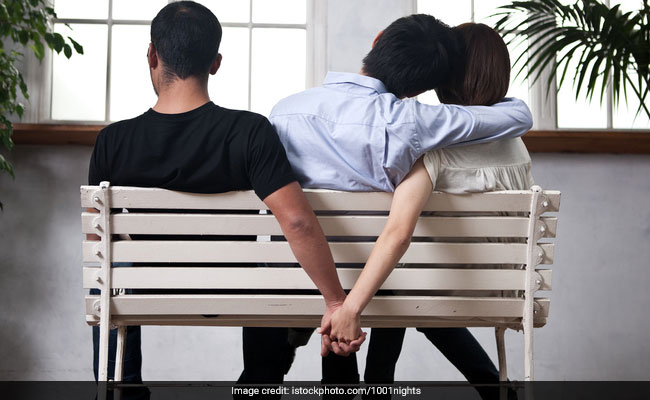 Adultery law: The judges noted that most countries had abolished laws against adultery

The judges noted that most countries had abolished laws against adultery.

As he began reading out the verdict, the Chief Justice remarked that the beauty of the constitution is it includes "the I, me and you" and "any law which dents individual dignity and equity of women in a civilised society invites the wrath of the constitution".

The top court, calling adultery a relic of the past, said Section 497 "denudes women from making choices".

The Chief Justice said today that adultery might not be the cause of an unhappy marriage; it could be the result of one.

"In case of adultery, criminal law expects people to be loyal which is a command which gets into the realm of privacy," the judges felt.

The Supreme Court had upheld the legality of the crime in 1954, arguing that in adultery "it is commonly accepted that it is the man who is the seducer, and not the women".

Last year, in response to the petition challenging the law, the court had said it treats a woman as her husband's subordinate and time had come for society to realise that a woman is as equal to a man in every respect.