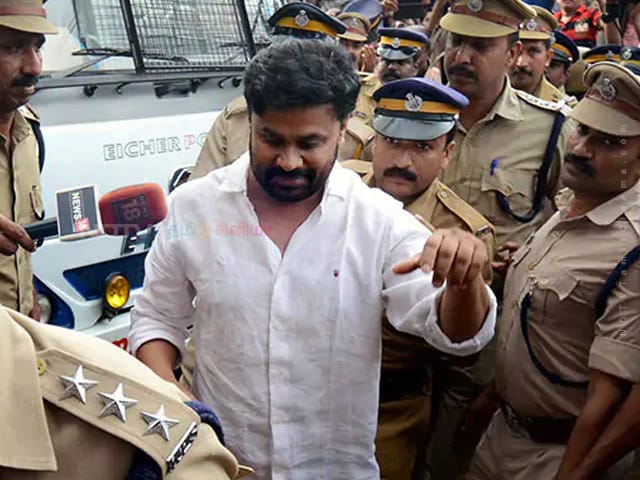 There are 10 accused in the case and police arrested seven persons.

The Congress-led opposition UDF on Wednesday petitioned the Kerala Women's Commission against a group of ruling LDF leaders alleging they had insulted the survivor in the actress assault case, involving actor Dileep, after she recently approached the High Court with a complaint charging political interference in the ongoing probe.

Seeking action against the leaders, the complaint also said belittling serious issues faced by the survivor as a woman to mere politically motivated allegations was an insult to her.

Such unsavoury remarks, made to save the face of the Left government and to cover up the lapses in the probe, amounted to curtailing the rights of the survivor under the UN Declaration of Basic Principles of Justice for Victims of Crime and Abuse of Power 1985, it added.

The Congress MP approached the rights panel a day after the ruling LDF and opposition UDF locked horns over the survivor's recent plea moved by the victim in the Kerala High Court alleging political interference by the ruling LDF government and that there was a move to derail the probe.

While LDF convenor EP Jayarajan had said it should be examined whether there was any "vested interest" behind the plea as it was filed at a time when the Thrikkakara by-poll was at the doorstep, Kodiyeri Balakrishnan and Antony Raju also raised similar doubts about the timing of filing the petition.

As the issue triggered a controversy, Chief Minister Pinarayi Vijayan made it clear that his government was with the victim of the 2017 actress assault case and that the police probe has not been interfered with in any manner by the Left administration.

He also said that his government has not stopped the police from proceeding with the case nor has it ever said to the force that it cannot take action against prominent persons.

Meanwhile, the survivor, in her plea, had criticised the government and the trial court and sought the High Court's intervention.

She also alleged that Dileep has unlawfully influenced some of the politicians of the ruling front in the state and attempted to interfere with further investigation in the case and prematurely close the same.

The actress-victim who has worked in Tamil, Telugu and Malayalam films was abducted and allegedly molested in her car for two hours by some of the accused, who had forced their way into the vehicle on the night of February 17, 2017, and later escaped in a busy area. The entire act was filmed by some of the accused to blackmail the actress.

There are 10 accused in the case and police arrested seven persons. Dileep was arrested subsequently and released on bail.