Shiv Sena MP Dhairyasheel Sambhajirao Mane says inhuman acts like this have risen across the country. 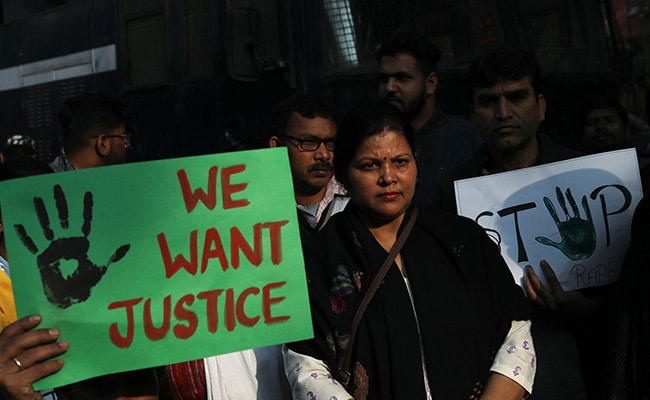 4 men were arrested after a 26-year-old was raped and murdered in Hyderabad. (File)

Shiv Sena MP Dhairyasheel Sambhajirao Mane, expressing his anger over the rape and murder of a young veterinarian in Telangana last week, said the accused should be burnt alive.

"Inhuman acts like this have risen across the country. We need more stringent laws in this respect. People accused of such acts (rape) should have a fear of law. Many times, our hands are tied while working within the framework of the law. If a girl is burnt like this after gangrape, the accused should be burnt alive on road in full public glare," said the Shiv Sena MP.

BJP parliamentarian Hema Malini also said today that the "culprits should never be released from jail". While actor turned parliamentarian Jaya Bachchan yesterday suggested that the accused in crimes like these be dragged out in public and lynched.

Four men have been arrested after a 26-year-old was raped and murdered in Hyderabad on Wednesday night.

The veterinarian was burnt alive after the rape in Shadnagar outskirts in Telangana's Ranga Reddy district on November 28.

Mr Mane said a single incident like this at any time and any place is condemnable and unacceptable.

"Take the case of Kashmir victim who was a child, the whole country got associated with her family. Be it any state, region, or party, a crime against woman is unacceptable and we need to respect women," he added.

The parliamentarian also extended support to Jaya Bachchan and Mimi Chakraborty on their suggestion of public lynching of such accused.

"I fully support Jaya Bachchan when she says that these accused should be publicly lynched. I too am a father of a girl child and we too feel whether our girls are safe in the country. There is a need to set an example and give exemplary punishment for such misdeeds and crimes," he said.