"Abide With Me" A Sign of "Colonial Past", Sources Say As Hymn Dropped

Sources said in "Beating the Retreat", phasing out of tunes handed down from a colonial past and including tunes that have a wider and deeper connect with the people of India is an ongoing exercise. 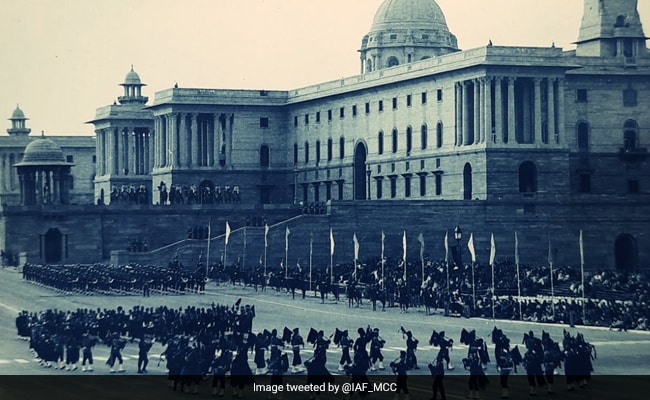 The solemn hymn, 'Abide With Me', marked the conclusion of the Beating Retreat ceremony

The well-known patriotic song "Ae Mere Watan ke Logon" will be played at this year's "Beating the Retreat" ceremony instead of "Abide with me", sources have told NDTV amid a controversy over the omission of the much loved hymn.

'Abide With Me' --  written by Scottish Anglican Henry Francis Lyte in 1847 as he was dying of tuberculosis -- is a prayer for God to remain with the speaker through life and in death.

The solemn hymn -- a favourite of Mahatma Gandhi -- marked the conclusion of the Beating Retreat ceremony as part of a centuries-old military tradition that signals the end of fighting for the day.

Its sudden pullout, on the heels of shifting the "eternal flame" of Amar Jawan Jyoti from India Gate to the nearby National War Memorial, has created controversy.

Thousands of tweets reflected the stiff opposition to what the government called the "merging" of the eternal flame.

Army veterans were divided over the description of India Gate as a symbol of India's "colonial past". Some of them have pointed out that India's military traditions are intrinsically linked to the country's colonial history.

Today, sources said in "Beating the Retreat", phasing out of tunes handed down from a colonial past and including tunes that have a wider and deeper connect with the people of India is an ongoing exercise.

When the ceremony started in the 1950s, the initial years after independence, there were not many tunes of Indian origin. But over the years, new tunes have come up, drawing inspiration from the local martial and folk music.

Over the years, these tunes have been gradually introduced into the ceremony. "Abide with Me" was the only non-Indian tune played during the Beating the Retreat last year.

Sources said the lyrics highlight the "Unity in Diversity" of the country and the armed forces and will commemorate the Swarnim Vijay Varsh and as part of Azadi ka Amrit Mahotsav.

Beating the RetreatAbide With Me