How The US, UAE And Saudi Arabia Put Pressure On Pakistan

Pakistan would have had to release Wing Commander Abhinandan Varthaman under the Geneva Convention. But the fact that they did it so quickly can be attributed to the immense pressure from India and other nations to avoid an escalation of the situation. 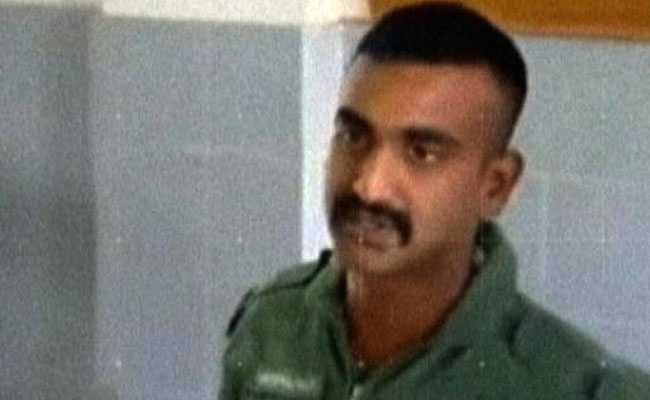 Wing Commander Abhinandan Varthaman is to be released today

India sighed with relief when Pakistan's Prime Minister Imran Khan announced that Wing Commander Abhinandan Varthaman would be sent home on Friday as a "peace gesture" -- a move that came with immense international pressure to pull both countries back from the brink. Leading the way, NDTV has learnt, was the US, the United Arab Emirates and Saudi Arabia. There has been no official comment from the Indian government on these efforts. It was, however, clear that Washington had played a key role when President Donald Trump told the world media from Hanoi on Thursday morning that "reasonably attractive news was coming from India and Pakistan".

He told journalists, who had gathered for his meeting with North Korean leader Kim Jong-un, "We've been involved in trying to have them stop and we have some reasonably decent news. I think, hopefully, that's going to be coming to an end. It has been going on for a long time".

There are reports the US Secretary of State, Mike Pompeo, spoke to National Security Advisor Ajit Doval for 25 minutes this morning.

Another key player was the UAE, which has become an important ally for India.

The Crown Prince, Sheikh Mohamed bin Zayed, tweeted on Thursday evening that he had made "telephone calls to the Indian and Pakistani Prime Ministers", stressing the "importance of dealing wisely with recent developments and giving priority to dialogue and communication".

Foreign Minister Sushma Swaraj is addressing an OIC (Organisation of Islamic Conference) meeting in Abu Dhabi today -- a first for India, which has been invited as a Guest of Honour at the plenary.

This is significant, given the OIC has taken Pakistan's side on Kashmir for years, and Pakistan's Foreign Minister was so miffed, he had threatened not to attend if India was there.

The third player was Saudi Arabia, which has publicly spoken about helping to de-escalate tensions after the Pulwama attack.

Saudi Arabia's Minister of State for Foreign affairs, Adel al Jubeir, will fly to Islamabad Friday with an "important message from the Crown Prince, MBS". Coincidentally, the Saudi envoy to India met Prime Minister Narendra Modi on Thursday as well.

Other countries like the UK, France and Russia -- all permanent members of the UN security Council -- had also been calling for restraint. As has China.

In the end, Pakistan would have had to release Wing Commander Abhinandan Varthaman under the Geneva Convention. But the fact that they did it so quickly can be attributed to the immense pressure from India and other nations to avoid an escalation of the situation.