Read inOther Languages
This Article is From Sep 02, 2019

"We Both Fought Pakistanis": Air Chief Flies With Abhinandan Varthaman

Air Chief Marshal BS Dhanoa and Wing Commander Abhinandan Varthaman, who piloted a MiG-21 Bison during the air strike at a terror camp in Pakistan's Balakot in February, today flew together in a two-seater version of the Russian-origin legacy jet.

Air Chief Marshal Dhanoa commanded a squadron of frontline ground attack fighters and hit dug in defences in the icy heights of Kargil during the war in 1999.

In today's sortie, the two took off in the MiG-21 trainer from Pathankot and flew for 30 minutes.

After a pre-flight check, the Air Chief Marshal climbed into the front seat while Wing Commander Varthaman took the rear seat of the trainer jet, whose controls in the front are replicated in the back. Minutes later, the jet took off into the clear blue September sky above Pathankot and did some manoeuvres. 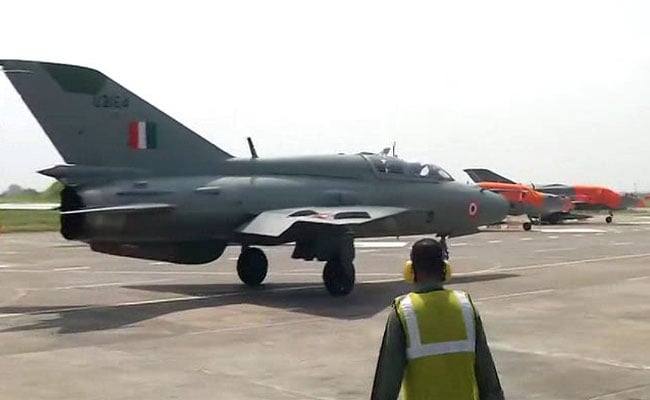 The sortie comes a day before the Indian Air Force inducts eight US-made Apache AH-64E attack helicopters at the Pathankot Air Force Station. India signed a multi-billion dollar contract with the US government and Boeing in September 2015 for 22 Apache helicopters. The Apache is a known 'tank buster', has seen action in multiple wars and is highly effective against ground targets in the frontline.

Air Chief Marshal Dhanoa has flown in the MiG-21 several times in the last few months. He led a four-aircraft 'Missing Man' formation in honour of the servicemen killed during the Kargil conflict on the twentieth anniversary of the war.

The MiG-21 Bison piloted by Wing Commander Abhinandan Varthaman had shot down an advanced American-origin F-16 of the Pakistani Air Force in the dogfight in February. The air battle took place a day after India's Mirage 2000 jets crossed the Line of Control and bombed a camp of the terror group Jaish-e-Mohammed in Balakot in retaliation against a suicide attack that killed 40 soldiers in Jammu and Kashmir's Pulwama.

The MiG-21 Bison that Wing Commander Abhinandan Varthaman flew was a highly upgraded version of the Vietnam-era Soviet jet. His jet was downed by enemy fire, after which he was captured by Pakistani force. He was released days later. 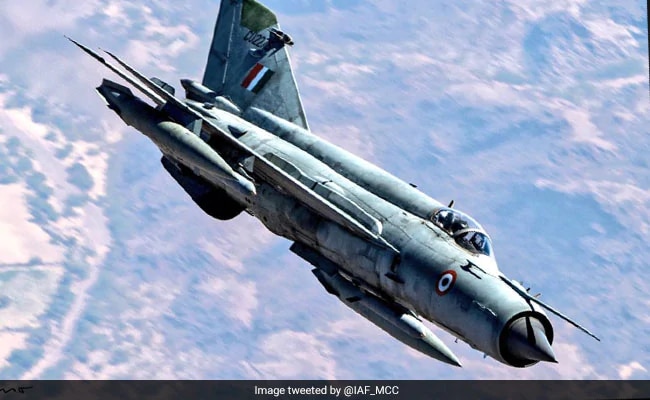 The MiG-21 saw action in the war with Pakistan in 1971 and in Kargil in 1999, flying strike missions and combat air patrols. A MiG-21 piloted by Squadron Leader PK Bundela took down a Pakistani Breguet Atlantique maritime patrol aircraft using a heat-seeking air-to-air missile over the Rann of Kutch in 1999, just after the Kargil conflict.

The MiG-21 has seen several crashes over the years and has had its share of bad press. The MiG-21 Bison, which is the definitive variant of the legacy fighter, will start being phased out of the IAF from 2019 onwards.