The Arvind Kejriwal-party suspended the popular Sikh leader saying it was a secular party. The former Delhi MLA claimed the post was mistakenly posted by his son. 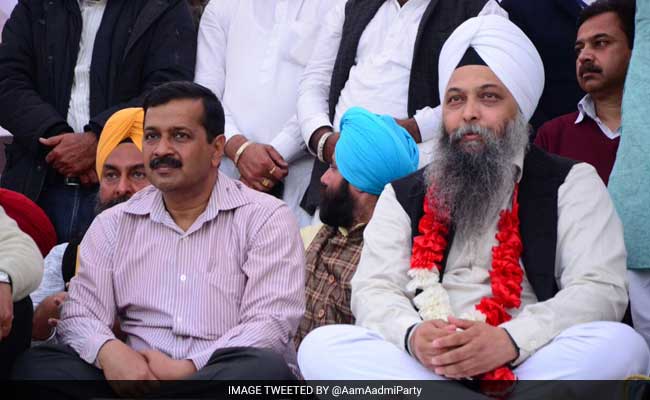 The Aam Aadmi Party has suspended former Delhi legislator and prominent Sikh face, Jarnail Singh, a day after a picture with objectionable comments against Hindi gods was posted from his Facebook account.

He deleted the post after facing backlash on social media, and claimed that the image was mistakenly published by his son during an online class.

"Aam Aadmi Party is a secular party and has no place in the party of anyone who disrespects any religion. The Sikh community is also very sad with his statement because such misfortune against any community is also against the teachings of Guru Nanak Dev Ji (sic)," the statement added.

In a statement, the AAP said that the decision to suspend Singh was taken in the meeting of the party's Political Affairs Committee.

The decision came after Mr Singh posted a clarification on the social media.

"Yesterday, my little son had taken my phone for his online class. He posted an image which I had deleted. I respect all the names of God Ram, Gobind, Keshav, Sadashiv and follow the principles of Guru Teg Bahadur Sahib," read a rough translation of his statement in Gurumukhi.

Mr Singh was elected an MLA from the Rajouri Garden seat in 2015. He was later made to vacate the seat so that he could contest the 2017 Punjab assembly polls from Lambi constituency against Parkash Singh Badal.

Mr Singh has distanced himself from the Arvind Kejriwal-led party after he lost to the Shiromani Akali Dal chief.

A former journalist who shot to fame in 2009 for throwing a shoe at former finance minister P Chidambaram for the Congress's role in the 1984 anti-Sikh riots, he had criticised the AAP for talking to the party for a possible alliance ahead of the 2019 Lok Sabha polls.