Releasing the report card, AAP leader Gopal Rai said that Manoj Tiwari had not asked a single question on statehood for Delhi, sealing drive or metro fare hike in the Parliament during his term as the MP between 2014 and 2019. 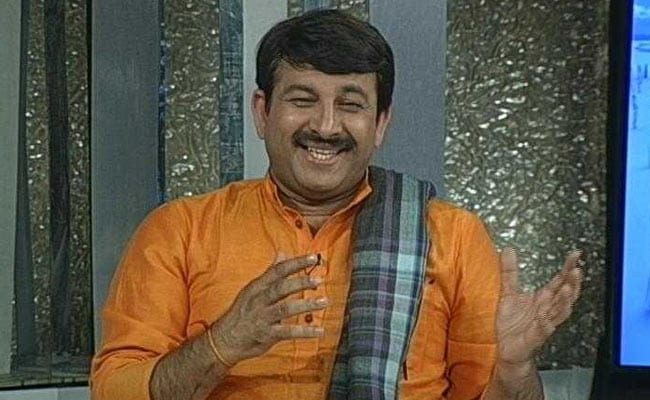 The Aam Aadmi Party (AAP) on Wednesday released a report card of BJP MP from North East Delhi, Manoj Tiwari, and accused him of not fulfilling his promises.

Releasing the report card, AAP leader Gopal Rai said that Mr Tiwari had not asked a single question on statehood for Delhi, sealing drive or metro fare hike in the Parliament during his term as the MP between 2014 and 2019.

"The Bharatiya Janata Party (BJP) had promised full statehood to Delhi in its manifesto for the 2014 Lok Sabha elections. But Tiwari had not asked a single question on that.

"Tiwari, who is also the member of a standing committee on transport, has not raised any question over the fare hike in Delhi Metro," Mr Rai told media.

He also said that the villages adopted by Mr Tiwari under the "Sansad Adarsh Gram Yojana" were in bad shape without proper roads, lack of cleanliness, health and education facilities.

The AAP leader said while the BJP had promised that after winning the MCD elections, it will ensure that the Centre gave money to the Municipal Corporation of Delhi (MCD), nothing has happened on that front.

"Tiwari also did not speak about permanent positions for MCD workers and school teachers teaching in Delhi government schools," he said.

The AAP also said that under the MP Local Area Development Scheme (MPLAD), a total of Rs 11.48 crore remained unspent by the Delhi MPs and the highest amount, Rs 3.16 crore, was with Mr Tiwari.

The BJP MP also did not utter a single word when fuel prices were hiked in the national capital, Mr Rai said.

"I would request him (Tiwari) to list out the works done by him in the last five years," Mr Rai said.

Starting Wednesday, the AAP will release the report card of all the seven BJP MPs from Delhi.

"We will compare the works done by the MPs with their promises," Mr Rai said.