Claiming that Aaditya Thackeray is busy with the preparations for the assembly elections, Sanjay Raut said, "A Thackeray doesn't take a deputy's post. A family member is always the chief. The family has prestige in state and national politics." 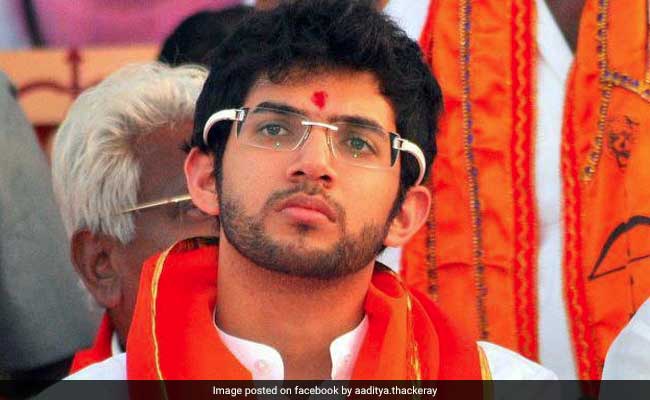 The BJP's cantankerous ally, Shiv Sena, has indicated that it would pitch Aaditya Thackeray, the son of party chief Uddhav Thackeray, as the Chief Ministerial candidate in the Maharashtra assembly elections that would be held later this year. Amid reports that the chief of Sena's youth wing is keen on contesting elections, party spokesperson and Rajya Sabha lawmaker Sanjay Raut dropped broad hints during an interview to a Marathi news channel.

Claiming that Thackeray Junior is busy with the preparations for the assembly elections, he said, "A Thackeray doesn't take a deputy's post. A family member is always the chief. The family has prestige in state and national politics."

There was also a disclaimer: "He (Aaditya Thackeray) himself has clarified that any decision regarding his entry in the poll arena will be taken by party president Uddhav Thackeray."

Aaditya Thackeray did not agree or deny the possibility of his being pitched for the top post. "I would not wish to speak on this today. We will discuss this later," he told reporters at an interaction organised in Mumbai on account of his birthday on Thursday.

His party's stance, however, sets stage for a possible tussle with the BJP, which is keen on retaining the top post.

Although the Sena had been the BJP's arch-critic for the better part of the last five years, the two parties had come together for the national elections. Afterwards, the Sena had gone on record acknowledging the BJP as the big brother in view of its spectacular performance in the election.

The BJP maintains the next Chief Minister would be one of its own.

State BJP leader Sudhir Mungantiwar said at the party's core committee meeting, that it was decided that all workers should work diligently for the assembly elections to help the BJP win and install a BJP Chief Minister.

Assembly elections will be held in Maharashtra later this year. Of the 288 assembly seats in the state, the BJP and the Sena will contest 135 seats each and leave the remaining 18 for other allies -- as was decided by both parties last week.

In the four cornered contest of 2014, the partners had contested separately.

The BJP, with 122 seats, had emerged as the single largest party and the Shiv Sena, which joined the government to make up the numbers, had to play second fiddle. Devendra Fadnavis was chosen as the Chief Minister of the alliance and currently holds the position.