"All the issues raised here have been dealt with elaborately by Supreme Court. Aadhaar is a valid law. It is in the national interest and it does not violate privacy," Ravi Shankar Prasad said. 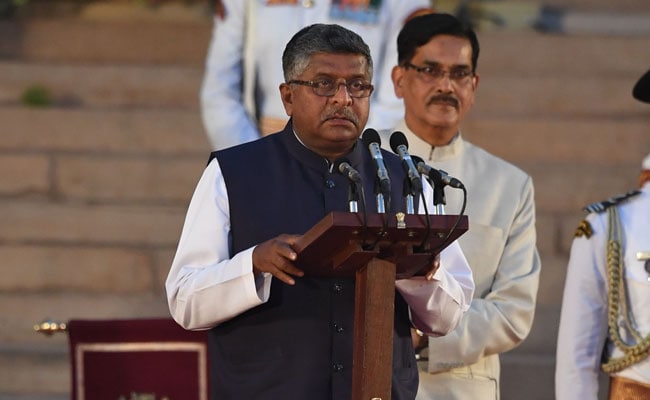 Aadhaar is in the interest of the nation and does not violate privacy, Union Law Minister Ravi Shankar Prasad said on Monday.

His remarks came in the Lok Sabha after he introduced the Aadhaar and Other Laws (Amendment) Bill, 2019 despite opposition by the Revolutionary Socialist Party (RSP).

"All the issues raised here have been dealt with elaborately by Supreme Court. Aadhaar is a valid law. It is in the national interest and it does not violate privacy," Mr Prasad said.

He was responding to concerns raised by RSP's N K Premachandran, who opposed the introduction of the Bill, saying it violates an earlier Supreme Court judgment and allows private entities to store data.

"People of India are accepting Aadhaar," he contended.

Mr Prasad said he wants to reassure that there is no mandatory compliance because SIM cards can be taken with or without Aadhaar.

The Bill proposes the voluntary use of Aadhaar as an identity proof for opening bank accounts as well as procuring mobile phone connections. It will replace an ordinance issued in March this year and proposes stiff penalties for violation of norms.

The Bill seeks to amend Aadhaar (Targeted Delivery of Financial and Other Subsidies, Benefits and Services) Act 2016, the Indian Telegraph Act 1885 and the Prevention of Money Laundering Act 2002.

It also proposes to give children an option to exit from the biometric ID programme on attaining 18 years of age.

Look Forward To Working With India For "Decade Full Of Achievements": US