A New Campaign Against BJP Is Congress' Hope For A Comeback 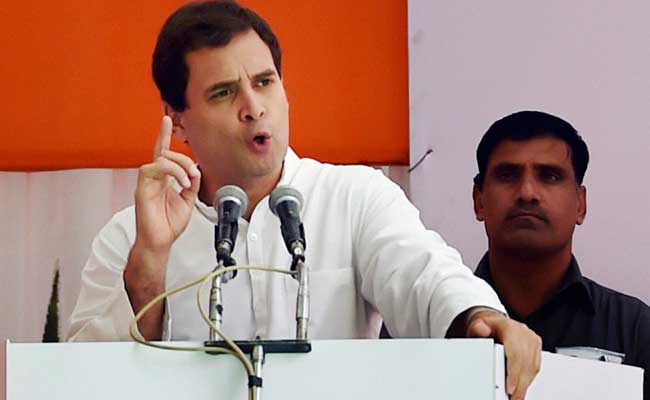 New Delhi: Next month, the Congress, which has been reduced to a mere 44 seats in the Lok Sabha, will launch a six-month agitation to fight for the rights of tribals and forest dwellers in a campaign that it hopes will break its political free-fall.

The Congress has accused the Modi government of diluting the Forest Rights Act, 2006. The law gives rights to tribals and those staying on forest land to earn from forest produce and empowers the gram sabhas to permit or disallow developmental projects such as mining to take place on such forest areas.

It was under the Forest Rights Act that tribals in Odisha's Niyamgiri opposed bauxite mining there to save their homes and took the case all the way to the Supreme Court.

Now similar battles are shaping up in different tribal-dominated forest areas in as many as nine states from Gujarat, Maharashtra, Chhattisgarh, Jharkhand and Odisha. And it's this growing discontent that the Congress wants to tap into.

"The focus really is on how the Modi government has systematically weakened the Forest Rights Act. We believe the forests rights are being implemented in a manner that is anti-tribal, anti-community," Congress lawmaker Jairam Ramesh said.

He said the campaign against the Land Acquisition Act last year had been a Sanjeevani - the mythological cure-all plant - to reverse the dwindling fortunes of the Congress party after the 2014 elections.

In search of its Sanjeevani 2.0, the Congress Vice President, Rahul Gandhi, will launch the campaign from Andhra Pradesh in August. The campaign will focus on non-implementation of community rights as enshrined in the law and the high rejection of claims on ownership rights.

But the government refutes the charges of dilution saying it has empowered the local communities.

Newly appointed Human Resource Development Minister Prakash Javadekar, who handled the Environment and Forest portfolio before the cabinet re-shuffle, said, "It is only after our government came in that we have actually empowered tribals. There is no dilution of the law. Any political party is free to agitate and protest, but it should he based on facts."