Sandeep Unnikrishnan was an officer in the elite 51 Special Action Group of the National Security Guards in the Indian Army. He was martyred in action during the 26/11, 2008 Mumbai attacks. The young officer was posthumously awarded the Ashoka Chakra. 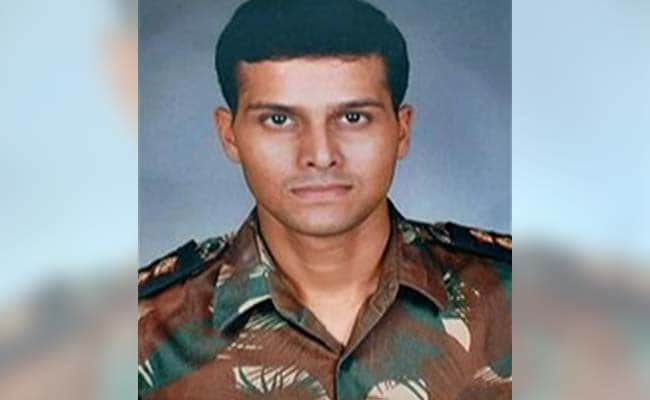 Major Sandeep Unnikrishnan's parents, K Unnikrishnan, a retired ISRO officer and his mother Dhanalaxmi Unnikrishnan, on Friday said that they were approached by many filmmakers for a biopic on their son's life but were initially reluctant.

They finally agreed on "Major", led by South star Adivi Sesh. The Unnikrishnans said though it is not possible to capture their son's life fully, they just want the film to do maximum justice to his story.

Sandeep Unnikrishnan was an officer in the elite 51 Special Action Group of the National Security Guards in the Indian Army. He was martyred in action during the 26/11, 2008 Mumbai attacks. The young officer was posthumously awarded the Ashoka Chakra, India's highest peacetime gallantry award, on 26 January 2009.

Speaking to reporters at a press conference on the 13th anniversary of the terror attacks, K Unnikrishnan said when Mr Sesh and his team came to them, the family didn't commit anything initially.

"I feel they cannot depict Sandeep as it. It is not possible. For that matter, any biopic will not bring out anything 100 per cent. We should be thinking about the maximum we can go. I am not criticising the efforts, he (Sesh) is very sincere, " the retired officer said.

"After Sandeep went, there were so many people who came to us for a movie to be made. After 10 years, Sandeep's CO (commanding officer) told us a film should be made on him."

"I told him who will be there just like Sandeep and then Sesh and the team came to us, they came to meet us so often. We decided to go ahead with the decision to make the movie. Sandeep was a movie maniac. I think Sesh is a good actor," an emotional Dhanalaxmi said.

South star Adivi Sesh said he feels he was destined to be part of the film.

Directed by Sashi Kiran Tikka of "Goodachari" fame, "Major" traces the journey of Major Sandeep Unnikrishnan, who selflessly fought to save the lives of people during the 26/11 Mumbai attacks.

"It is my luck that when the family was having a soft discussion about a film after Major Sandeep's CO suggested a movie to be made on him, I called them and asked if I can meet them. I think it was predestined."

"For someone who had no interest that a movie should be made on him and that time they decide to make a film and just then I call them for a movie," Mr Sesh told reporters at the event, held at the Taj Mahal Hotel, one of the places attacked by Pakistani terrorists during the dastardly 26/11 terror attacks.

Major Sandeep's father said, he is still not convinced fully about the film and can only give his views after watching it.

"I can see some sincere efforts. I have more belief in Shashi Kiran Tikka than Adivi Sesh. I hope Shashi was here. When I watch the movie and then give a certificate of 100 per cent, until then it will be 70 to 80 per cent. The shoot is over and the release is announced, so let us see. I have seen Sandeep, I am his father. I am his critic, I am disciple, he was my mentor, such a personality. He was my son," he said.

Mr Sesh said he has developed a close bond with the Unnikrishnans to the point where he is ready to be scolded by Major Sandeep's father.

"They are the first audience for me for the movie. Beyond that, whenever I talk to uncle-aunty it is about Major Sandeep and not so much about what is happening in the film," he added.

Mr Sesh also shared that with this film, the team intends to tap into the emotional aspect of Major Sandeep.

"My goal was to understand this man, his soul, how he reacts to a situation and I would often call uncle and aunty on how he would react, I started thinking more and more about him. My conversation, bond, journey with them was about Sandeep than making a big set, do a big action sequence," he added.

Ms Manjrekar, who was present at the event, said she feels grateful to have been given the opportunity to be part of this film.

Backed by South superstar Mahesh Babu, "Major" has been postponed a number of times owing to the coronavirus pandemic but now it is set to release theatrically on February 11, 2022.

Mr Sesh also revealed how Major Sandeep's father had once asked him if the off-screen bond between them would continue even post the release of "Major".

"Uncle has often asked me what happens after the movie, he is like, 'you will forget us after the release'. It became my fundamental responsibility and desire that I will always be there for them, beyond the realm of the movie, promotions and the release strategy. The goal is to be a family," he added.

"Major" has been produced by Sony Pictures Films India in association with Mahesh Babu's GMB Entertainment and A+S Movies.

The film has been shot in Hindi and Telugu simultaneously and will be dubbed in Malayalam for the release.