The girl was brought to Shanti Nagar police station by an 81-year-old man on Sunday after he found her sitting alone in a street. 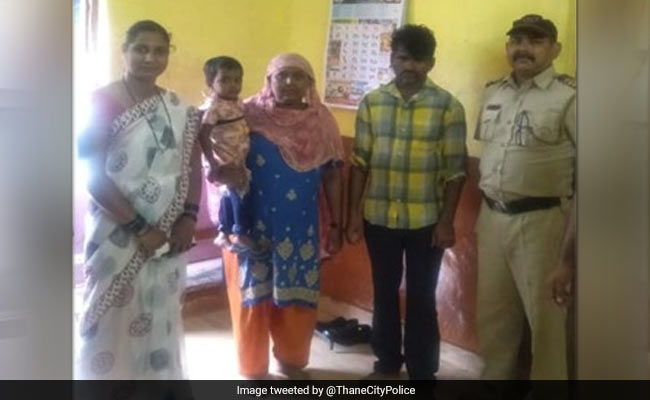 The Thane Police tweeted a picture of the girl with her family.

A three-year-old girl, who got separated from her parents in Maharashtra's Thane, was reunited with them within two hours by police, an official said.

The girl was brought to Shanti Nagar police station by an 81-year-old man on Sunday after he found her sitting alone in a street in Gayatri Nagar locality of Bhiwandi township in Thane, senior police inspector Mamta D'Souza said.

It was unclear how the girl got separated from her parents, she said.

Most of the police personnel were busy on security duty at that time in the wake of Muharram and the child could not even tell her name, she said.

Ms D'Souza then assigned a woman police staff member to go around the Gayatri Nagar locality along with the girl on a two-wheeler to locate her parents.

In the meantime, the girl's parents, who were also frantically searching for her, came to know that a child was brought to the locality by police.

The girl's father then rushed to the police personnel carrying the child on the two-wheeler. He and his wife told the police that the child was their daughter, Ms D'Souza said. The girl was subsequently handed over to her parents, she said.