The bus was heading from Dhaurehra to Lucknow when the accident occurred in the Police Station range of Isanagar near Era bridge. 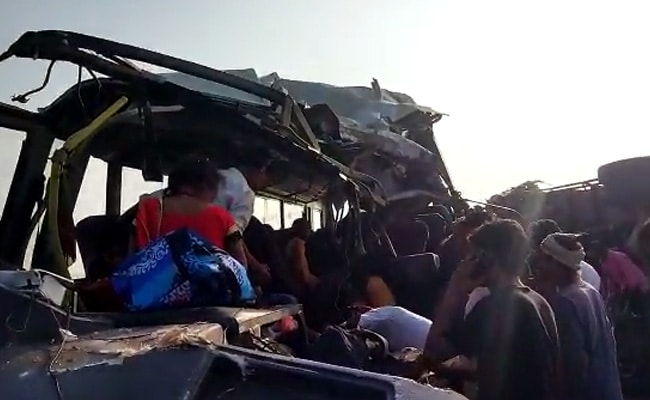 Further details into the matter are awaited.

At least eight people died and more than 25 were injured after a truck and a private bus heading to Lucknow collided in Uttar Pradesh's Lakhimpur Kheri.

The bus was heading from Dhaurehra to Lucknow when the accident occurred in the Police Station range of Isanagar near Era bridge.

All the injured persons were taken to a district hospital while some others were referred to Lucknow, said Sanjay Kumar, Additional District Magistrate (ADM), Lakhimpur Kheri.

After receiving the information, the ADM and Circle Officer (CO) City reached the district hospital.

Condoling the accident, state Chief Minister Yogi Adityanath directed the senior officials to reach the spot and ensure proper treatment for the injured.

"Chief Minister Shri @myogiadityanath Ji Maharaj has condoled the loss of lives due to road accident in the Lakhimpur Kheri district. Maharaj Ji has directed the senior officers to immediately go to the spot and conduct relief and rescue operations and make proper arrangements for the treatment of the injured," the CMO tweeted (in Hindi).

"Expressing his condolences to the bereaved family members, Maharaj Ji (Yogi) has wished for a speedy recovery of the injured," it added.

Further details into the matter are awaited.