7 Dead, 30 Injured As Bus Collides With Truck On Agra-Lucknow Expressway 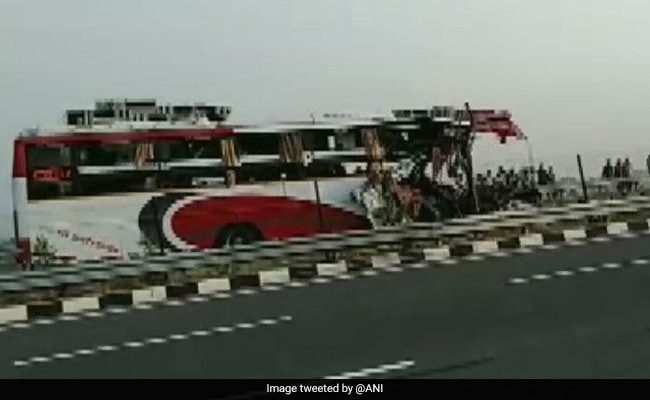 The impact of the accident left the bus severely mangled.

At least seven people were killed and 30 others were injured after a Varanasi-bound passenger bus collided head-on with a truck in Uttar Pradesh's Mainpuri district today, police said.

They added they faced great difficulty in pulling out the bodies since the impact of the accident left the bus severely mangled.

Rakesh Pandey, the incharge of UP's Karhal police station, said, "The accident took place on the Agra-Lucknow Expressway while the bus, en route to Varanasi from New Delhi, tried to overtake and collided head-on with the truck coming from the opposite direction."