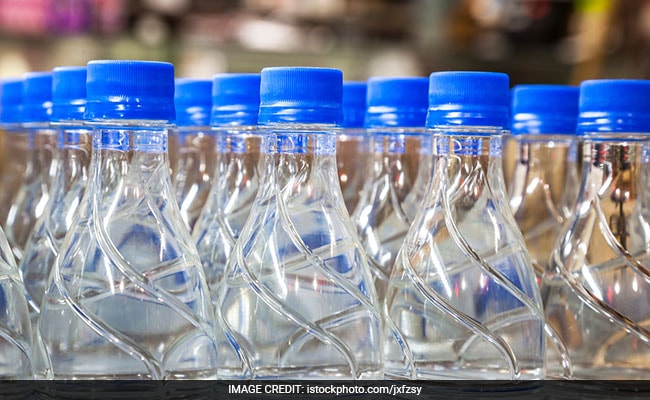 New Delhi: Around 630 million people in the South East Asian countries, including India, use a faeces- contaminated drinking water source, the WHO said on Friday.

Worldwide, the global health body said, almost two billion people use a source of drinking water contaminated with faeces, putting them at the risk of contracting cholera, dysentery, typhoid and polio.

In a new WHO report, published on behalf of UN-Water -- the United Nations inter-agency coordination mechanism for all freshwater-related issues, including sanitation, it asserted that the nations worldwide were not increasing their spending fast enough to ensure water and sanitation targets, under the Sustainable Development Goals (SDG) for 2030, are met.

According to the UN-Water Global Analysis and Assessment of Sanitation and Drinking-Water (GLAAS) 2017 report, the countries have increased their budgets for water, sanitation and hygiene at an annual average rate of 4.9 per cent over the last three years.

Yet, 80 per cent of the countries report that water, sanitation and hygiene (WASH) financing is still insufficient to meet nationally-defined targets for WASH services.

"Today, almost two billion people use a source of drinking water contaminated with faeces, putting them at risk of contracting cholera, dysentery, typhoid and polio.

"Contaminated drinking water is estimated to cause more than 5,00,000 diarrhoeal deaths each year and is a major factor in several neglected tropical diseases, including intestinal worms, schistosomiasis, and trachoma," WHO Director, Department of Public Health, Environmental and Social Determinants of Health Maria Neira said.

"The percentage for South East Asia is 35 per cent of people use a source of drinking water contaminated with faeces (that is around 630 million people)," WHO said to an email query on how much of the 2 billion people are in South Asian region.

Eighty-five per cent of the global population without access to improved sanitation or drinking water from an improved source lives in three SDG regions - Central Asia and Southern Asia, East and South-Eastern Asia, and Sub-Saharan Africa.

"However, aid commitments to these three regions were only 48 per cent of global Official development assistance (ODA) for water and sanitation in 2015.

These regions contain China and India, both middle income countries, which collectively house a high proportion of the unserved for sanitation, but received just over 3 per cent of water and sanitation aid commitments in 2015, the GLAAS 2017 report said.

In the GLAAS country survey, a total of 57 countries provided an aggregated national budget for WASH services while nearly one half of these countries also presented these budgets disaggregated for water and sanitation.

The 57 countries represent 4.4 billion people and report USD 85 billion in annual budgets for WASH (for the most recent budget year).

A range of fiscal budget years was reported from 2014 to 2017 and "three countries, China, Brazil, and India representing 2.9 billion people, report USD 67 billion in annual budgets for WASH," the GLAAS report said.

According to the report, a total of 87,125 diarrhoea deaths due to inadequate WASH in children under 5 years in 2012 was reported in India. It also said at the national level, 40 per cent used improved sanitation facilities in 2015.

WHO said that in many developing countries, current national coverage targets are based on achieving access to basic infrastructure, which "may not" always provide continuously safe and reliable services.

Planned investments have "yet to take" into account the much more ambitious SDG targets, which aim for universal access to safely managed water and sanitation services by 2030, WHO said.

Promoted
Listen to the latest songs, only on JioSaavn.com
It said that over 70 per cent of countries report having specific measures to reach poor populations in their WASH policies and plans.

"However, the implementation of such concrete measures is lagging. Few countries indicate that they are able to consistently apply financing measures to target resources to poor populations," WHO said.
Comments
South East Asian countriesdrinking water sourceWHOdrinking waterUN-WaterContaminated Water