The incident occurred at Nandla village under the Nasirabad Sadar police station where the youths had gone to immerse the idol. 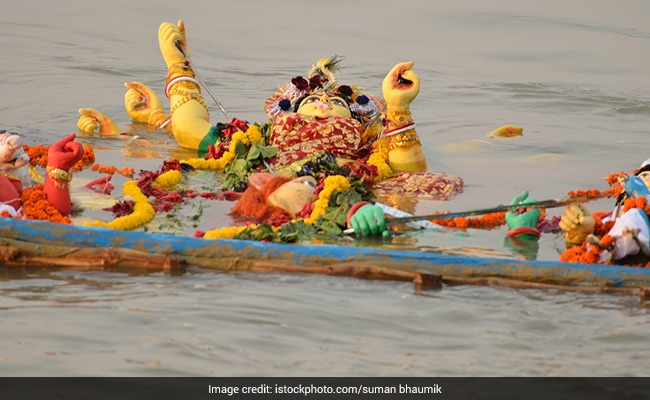 Six people drowned in a ditch filled with rainwater during the immersion of a Goddess Durga idol in Rajasthan's Ajmer district on Wednesday, police said.

The incident occurred at Nandla village under the Nasirabad Sadar police station where the youths had gone to immerse the idol.

Ajmer Superintendent of Police Chuna Ram Jat said the ditch is used for idol immersion by locals often, but it appeared they had no idea of the depth this time around.

He said five bodies were recovered initially, but later it was reported one more person was missing following which a rescue operation was started.

The sixth body was recovered in evening, he said.

SHO Hemraj said the victim thought it was a shallow ditch and went down "but the ditch was deep and they all drowned." Ajmer collector Ansh Deep, SP Chuna Ram Jat and other district administration and police officials rushed to Nasirabad as soon as they received information about the incident.

The five bodies which were recovered initially were handed over to family members after postmortem and their funeral was conducted.

Shankar's body, which was recovered later, will be handed over to his family on Thursday, the officials said.

"I express my deepest condolences to the bereaved family, may God give them strength to bear this loss and may the soul of the departed rest in peace," Mr Gehlot tweeted.