"Not Taken Any Call": Centre On Chinese Firms Taking Part In 5G Trials

The US has banned Huawei, a Chinese company that is the world's leader in telecom equipment and the number two smartphone producer, over security concerns 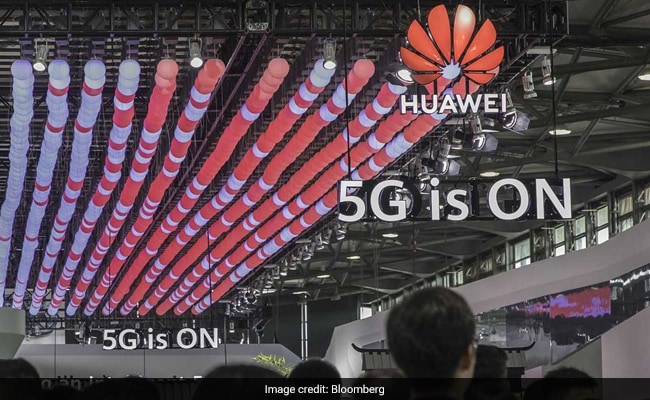 The government has yet to decide on allowing Chinese telecom companies to enter 5G trials in the country, Union Home Secretary Ajay Kumar Bhalla said Friday at a National Defence College event. Mr Bhalla said that although Chinese firms had "extensive" hardware and software reach in India, there were concerns about the safety and security of the country's communication networks.

However, Mr Bhalla also said that in the absence of viable substitutes, the government could not "switch off and say this (Chinese companies) will not be allowed". He stressed, though, that appropriate measures would be taken to protect the country's communication networks.

"On 5G the government has not taken any call. Discussions are still on... when it (the trials) will be allowed and who will be allowed to participate. The penetration of (Chinese firms') telecom hardware and software is extensive," he said in response to a query on the subject.

"(but) unless we have a substitute we can't switch off and say this will not be allowed... the government can make special safeguards and ensure the safety and security of communications systems of the country," Mr Bhalla added.

The United States had earlier banned Huawei, a Chinese company that is the world's leader in telecom equipment and the number two smartphone producer, over security concerns. It also put pressure on other countries to restrict Huawei's operations in their respective territories.

In August India complied, excluding Huawei and ZTE from its 5G network plans. The government cited revised FDI rules that direct companies from countries sharing a border with India to ask permission before investing in the country.

The decision to exclude Chinese firms came amid an increasingly bitter and prolonged stand-off with China over the Ladakh border row and after 20 Indian soldiers died for their country in June.

Huawei had been given permission to participate in the trials in December last year. At the time the company had issued a statement saying it is "committed to India and and believes technology innovations and high quality networks will be key to rejuvenating the country's telecom industry".

However, despite the permission being given, Telecom Minister Ravi Shankar Prasad had expressed concerns over the security angle and stressed that participation in trials did not mean a company would be invited to bid for 5G spectrum when it is made available.

"There are also security issues...it is not only a matter of technology, as regard their participation in 5G is concerned..." Mr Prasad had been quoted then by news agency PTI.