As many as 979 candidates will take a swipe at victory in an electoral contest that the BJP hopes will help bring Prime Minister Narendra Modi back to power in the face of a resurgent opposition. 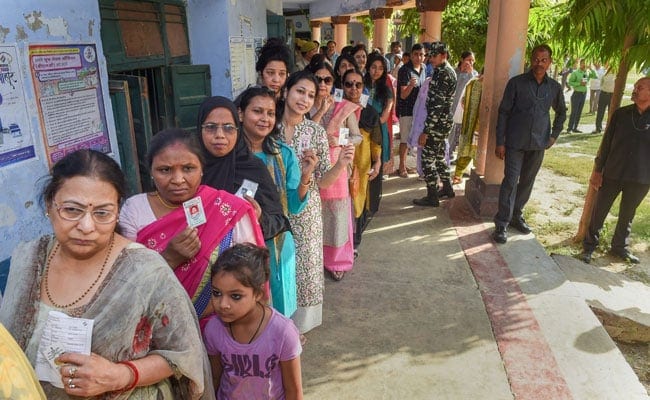 Elections 2019 Phase 6: Over 10.17 crore voters will decide the fate of several prominent politicians.

New Delhi: Over 10.17 crore voters will decide the fate of several prominent politicians, including Samajwadi Party chief Akhilesh Yadav, BJP leader Pragya Thakur, Union Minister Harshvardhan and Congress general secretary Jyotiraditya Scindia, as 59 constituencies across six states and the national capital vote in the sixth phase of the Lok Sabha elections today. The BJP had won 45 of these seats in the 2014 elections, and it now faces the challenge of repeating the feat in the absence of an overarching Modi wave. While all seven seats in Delhi and 10 in Haryana will go to the polls in a single go this time, Uttar Pradesh will witness voting in 14 of 80 seats, Bihar in eight of 40, Madhya Pradesh in eight of 29, West Bengal in eight of 42 and Jharkhand in four of 14. Besides this, repolling will be held at 168 polling stations across 26 assembly segments of Tripura on the Election Commission's instructions.