The body was floating about 30 km from Dalhousie Island and 'FB Joy Kishan', the first trawler to capsize yesterday, was found nearby. 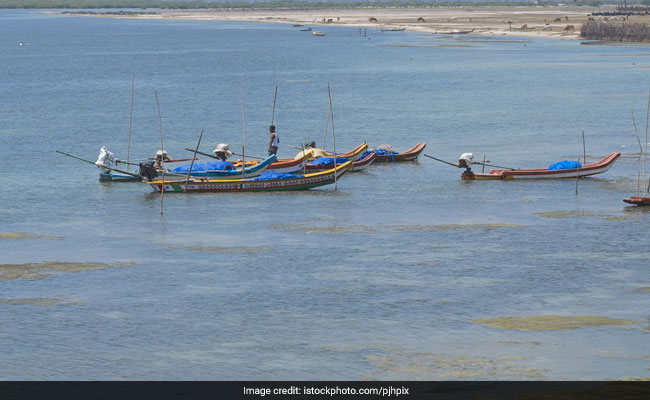 Nineteen fishermen, who had gone missing in the Bay of Bengal since Monday, were yet to be traced even as a fishermen's association claimed to have located one body near an island today.

The body was floating about 30 km from Dalhousie Island and 'FB Joy Kishan', the first trawler to capsize yesterday, was found nearby, according to West Bengal United Fishermen Association at Kakdwip.

However, there was no official confirmation.

A hovercraft and an airplane of the Coast Guard have been pressed into service to look for the missing persons.

A motor launch of the police and six trawlers of the fishermen's association have also gone out into the sea for the rescue operation, a senior police officer said.

The 19 fishermen had gone missing after three trawlers capsized in the Bay of Bengal, off Frazerganj in the Sundarban area of south Bengal on Monday.