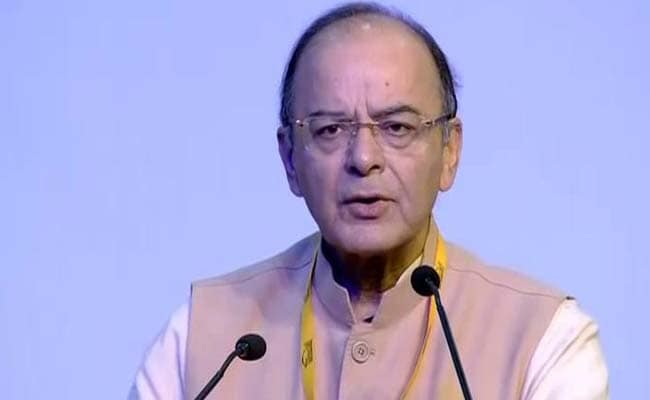 New Delhi: Of the 107 social schemes and welfare programmes announced in the Union Budget for 2016-17, 43 were implemented and 4 partially implemented by the ministries concerned, work on 59 was in progress while one was dropped, said the Finance Ministry on Wednesday.

"In view of implementation of GST, there will be a separate set of Appellate Tribunals operating. With the approval of the Finance Minister (Arun Jaitley), it has been decided to drop the proposal to create 11 new benches of Customs, Excise and Service Tax Appellate Tribunal (CESTAT)," said the ministry in a statement.

Among the important proposals on which "action was completed" were providing cooking gas (LPG) connection for women members of the poor households.

"As against the target of release of 1.5 crore LPG connections during 2016-17, more than 1.44 crore connections have been released under the scheme in 35 states/UTs. Out of the 653 districts, 550 districts have been issued at least one connection in each district, as on December 22," it said.

A sum of Rs 2,000 crore was earmarked to meet the initial cost of providing the LPG connections and the scheme will be continued for two more years to cover 5 crore below poverty line (BPL) households.

"As the government is committed to achieve 100 per cent village electrification by May 1, 2018, Rs 8,500 crore has been provided for Deendayal Upadhayaya Gram Jyoti Yojna and Integrated Power Development Schemes," said the statement.

The ministry has released Rs 5,448 crore till December 26 for the twin energy schemes, which were partially implemented.

To promote the Stand Up India scheme, banks had disbursed Rs.1,624 crore to 16,021 beneficiaries during the current fiscal after Prime Minister Narendra Modi unveiled it on April 5, 2016. In addition, Rs 500 crore was also released to the National Credit Guarantee Trust Company on June 30.

The central government had circulated a model Shops and Establishments Bill to all states for allowing small and medium shops to remain open throughout the week on the lines of shopping malls to create more jobs in the retail trade, which is the largest service sector employer in the country.

The Ministry of Petroleum & Natural Gas had notified on March 21, 2016 the policy guidelines on pricing regime, titled, "Marketing, including pricing freedom for the gas to be produced from discoveries in deepwater, ultra deepwater and high pressure-high temperature areas.

Promoted
Listen to the latest songs, only on JioSaavn.com
Foreign Direct Investment (FDI) policy was further liberalised to allow up to 49 per cent in the insurance and pension sectors through the automatic route and 100 per cent in Asset Reconstruction Companies (ARCs)and Foreign Portfolio Investors (FPIs) were allowed up to 100 per cent of each tranche in securities receipts issued by ARCs subject to sectoral caps.

With a view to promoting 'Make in India', the Ministry of Home Affairs on October 17 approved to grant permanent residency status to foreign investors investing Rs 10 crore within 18 months or Rs 25 crore in 36 months under the FDI route.