On Friday, protests were held inside Jamia Masjid after separatist leader Mirwaiz Umar Farooq was stopped from attending the congregational prayers. 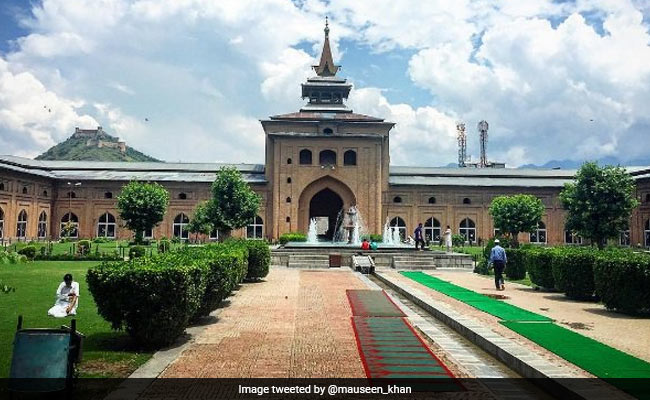 Around 40 people have been arrested for protesting inside Srinagar's Jamia Masjid last week. Fifteen of them will be charged under the Public Safety Act or PSA, police said. A person can be jailed for six months, under the stringent law, or extended period, without a trial.

This is the first major crackdown in Jammu and Kashmir after August 2019 clampdown when thousands of people were detained and jailed as J&K's special status under Article 370 was scrapped.

On Friday, protests were held inside Jamia Masjid after Mirwaiz Umar Farooq was stopped from attending the congregational prayers. The separatist leader, also the head priest of the mosque, has been confined to his home since August 2019.

Mirwaiz Farooq said that police initially gave him a go-ahead to attend the mosque service but his house was later barricaded and he was stopped from coming out.

This led to protests inside the Jamia Mosque - the first such demonstration at the grand mosque of Srinagar after August 2019. The police say they identified the protesters and arrested them.

"We will not allow protesters to throw stones at any cost. We have arrested 39 people who indulged in such an activity in Srinagar recently. Fifteen of them will be charged under the PSA," said VIjay Kumar, IGP, Kashmir.

He said police are preparing dossiers under the PSA against 15 arrested persons after protests.

Since August 2019, protests have been strictly barred by police in Srinagar and other parts of Kashmir.