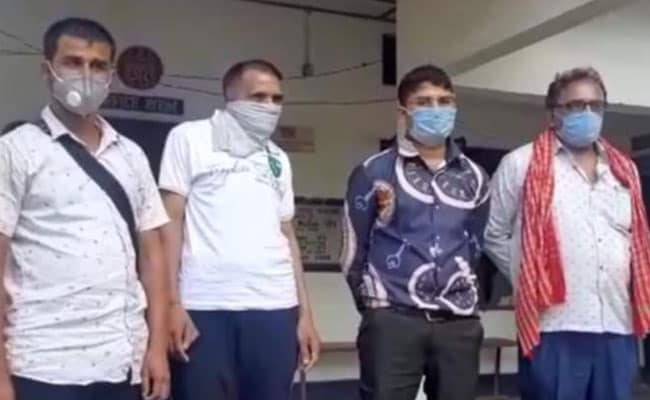 The men have been handed over to income tax department, the police said

Four men were arrested at Assam's Dibrugarh Airport while they were checking in to fly with a huge amount of cash to Delhi. The cash was detected while their bags were being scanned before boarding in an IndiGo flight.

They came carrying Rs 79 lakh in two cartons from Khonsa district in Arunachal Pradesh. The money was given to them allegedly by a man identified as Bijoy Shankar Agarwala.

According to sources, the passengers were going to Rajasthan after collecting the money from Agarwalla.

"Today we arrested four people from Dibrugarh airport while boarding for a flight to Delhi with a huge amount of cash, Rs 79 lakh. We have handed them over to income tax department for further investigation. Right now we cannot say anything because the department is looking into the matter," Mr Thube said.