The press conference comes amid a tug-of-war between the government and the judiciary over how to appoint judges to the High Courts and Supreme Court. 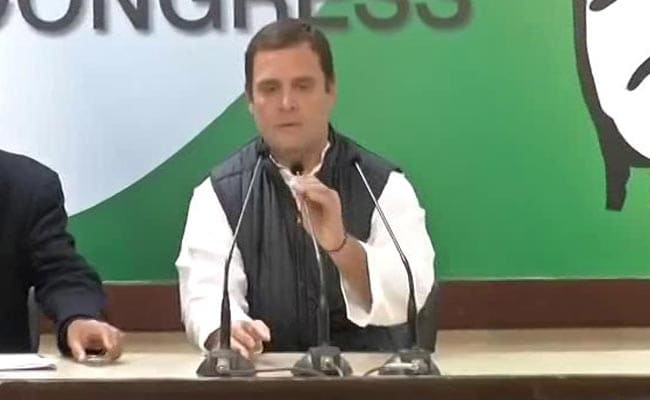 New Delhi: For the first time ever in India, four senior judges of the Supreme court addressed the media at the residence of J Chelameswar. The other three judges who accompanied him are: Ranjan Gogoi, Justice Madan B Lokur and Justice Kurian Joesph.

During the press conference, the judges released a letter they had written to Chief Justice Misra a couple of months ago.

The press conference comes amid a tug-of-war between the government and the judiciary over how to appoint judges to the High Courts and Supreme Court.

This is an internal matter of the Supreme Court,AG has given statement. No politics should be played. Surprised and pained that Congress which has been rejected number of times by people in elections is trying to gain political mileage, it has exposed itself: Sambit Patra,BJP pic.twitter.com/IeBios9MCs

Unfortunate & dangerous for democracy. It'll create more problems than solve. Since the judges have spoken they've done disservice to country because if judiciary is weakened, questions arise in people's minds, it already has: Somnath Chatterjee, former LS speaker #SupremeCourtpic.twitter.com/IHboqaz1In 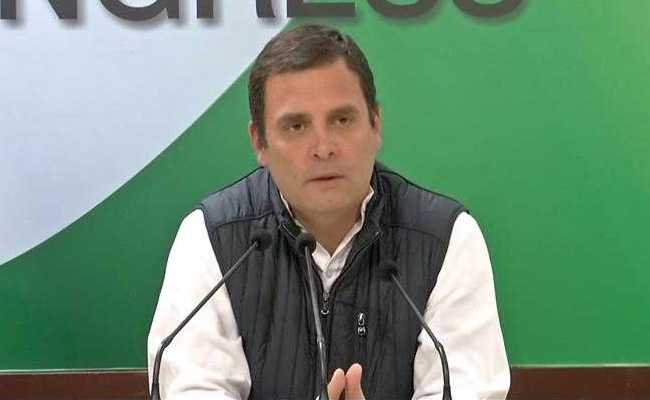 On Rift In Judiciary, Attorney General Says "Could Have Been Avoided"
Attorney General K K Venugopal today said the unprecedented move by the four senior Supreme Court judges in holding a press conference "could have been avoided" and the judges would now have to act in "statesmanship" to ensure complete harmony."
Jan 12, 2018 19:05 (IST)
"Matter very serious, something must be wrong in the judiciary"
Senior advocate Amarendra Sharan said that the government "shouldn't interfere" into the complain raised by four supreme court judges as it will "make things worse".
"Government has taken a wise decision to not interfere. The issue must be solved by the judges. The issue raised by the is very serious. They are seasoned judges they won't just go to the press. The matter is very serious and something must be wrong in the judiciary," advocate Amarendra Sharan told NDTV.
Jan 12, 2018 18:34 (IST)
Supreme Court can't be so divided and inconsistent: Advocate Kamini Jaiswal
The Chief Justice is one among the equals. CJI has the prerogative to allocate matters. It has been a practice to allocate important cases to senior-most judges.
This has been going on for several months and it has been strange what has been happening. Supreme Court can't be so divided and inconsistent. This is not the end of the road but just the beginning.
Jan 12, 2018 18:08 (IST)

"Chief Justice Must Show Statesmanship," Says Former Chief Justice RM Lodha, "Pained"
The grievances of the four top Supreme Court judges should have been addressed by the Chief Justice of India, Dipak Misra, said one of his predecessors, RM Lodha, commenting that the image of the judiciary had been dented and would take a long time to repair after the judges took the unprecedented step of publicly criticizing the top judge."
Jan 12, 2018 17:47 (IST)
Maintain Dignity Of The Judiciary: Ex-Bombay High Court Judges
Former Bombay High Court judges said that the dignity of the judiciary should be maintained in such trying times.
Retired Bombay High Court chief justice Manjula Chellur said something must have triggered the four judges to go public with their claims. "These situations are difficult. But what needs to be kept in mind is that this is not about just individuals. This is about the institution in totality. All steps must be taken to ensure that the dignity of the judiciary is held high. Courts are the last place the public goes to resolve their disputes and problems," (Retd) Judge Chellur told news agency PTI.
Ex-high court judge V G Palshikar termed the top court judges' allegations as an "unprecedented move" and said they should have refrained from going public. "This is a black day in the history of courts. This should not have happened. There was no need to go to the public. They (four judges) should have raised these issues in a chamber meeting in the Supreme Court. We will now have to see what the chief justice of India does," he said.
Anoop Mohta, who retired from the high court last month, said: "This is like a volcano erupting. Such a thing has never happened," Mohta said, adding courts do not appreciate even when lawyers appear before the media with comments and opinions on the working of the judiciary.
Ex-high court judge Pramod Kode said this was a very serious issue.
"I hope all appropriate steps are taken to maintain the dignity of the judiciary," Kode said. He had heard the 1993 Mumbai serial blasts case as the trial court judge.
Jan 12, 2018 17:34 (IST)
On criticism of 4 Supreme Court judges, sources close to Chief Justice say: "Every Judge equal, cases fairly distributed"
Jan 12, 2018 17:33 (IST)
Top Congress leaders including Salman Khurshid, Manish Tewari and P Chidambaram arrive at Rahul Gandhi's residence
Jan 12, 2018 17:32 (IST)

These are very senior judges & come only after CJI. They wouldn't have taken the step without thinking. If it has fallen upon them to take action, it's up to us to understand what led to that: Shrihari Aney, former Attorney General on allegations made by 4 #SupremeCourt judges pic.twitter.com/dp6cPWyFOL

Jan 12, 2018 17:12 (IST)
Have known him (Justice Chelameshwar) for a long time. When I came to know of the extraordinary step taken by him and other judges, I thought must meet him. Not giving it political colour. These are concerns for everybody, it's about future of country and democracy: D Raja was quoted by ANI news agency after meeting Justice Chelameshwar.
Jan 12, 2018 16:43 (IST)

Feel very disturbed over the issue, this should not have happened, but it has and there might be strong reasons for them. Consequence would be it would create apprehensions in minds of ppl: Justice(Retd) AK Ganguly on press conference by four Supreme Court judges pic.twitter.com/z3KDkLKsqb

Jan 12, 2018 16:18 (IST)
"We are deeply anguished with the developments today about the Supreme Court. What we are getting from the statement of the four senior Hon'ble Judges of Supreme Court about the affairs of the Court makes us really sad as citizens. Judiciary and Media are the pillars of democracy. Extreme interference of Central Government with Judiciary is dangerous for democracy," tweeted Mamata Banerjee.
Jan 12, 2018 16:06 (IST)
Kapil Sibal is likely to meet Rahul Gandhi at 5pm today after today's press conference by four Supreme Court judges, reported news agency ANI.
Jan 12, 2018 14:09 (IST)
Chief Justice of India Dipak Misra to address the media at 2 pm, Attorney General to also accompany him, reported news agency ANI
Jan 12, 2018 13:34 (IST)
Top government sources say this is an internal issue of the judiciary and relates to administration of justice. Why should the government get involved in their dispute?
Jan 12, 2018 13:30 (IST)
National President of Swaraj India Yogendra Yadav on Twitter says, "So, it's not just one case. Some of the most respected judges have raised larger questions about judiciary's independence is being compromised. Time for every democracy loving citizen to stand for judiciary, stand with independent judges."
Jan 12, 2018 13:27 (IST)
Prashant Bhushan says Chief Justice of India is abusing power as "master of roster".
Jan 12, 2018 13:18 (IST)

Democracy At Stake, Things Not In Order: 4 Supreme Court Judges At Press Conference
Democracy in India is at stake, said four senior Supreme Court judges today as they went public with complaints against the Chief Justice of India, Dipak Misra.
Jan 12, 2018 13:10 (IST)