3 Assam Excise Officials Out On A Raid Die in Accident, Cops Suspicious

Assam Police found the circumstances surrounding the accident suspicious, given that the excise officials were heading out for a raid. 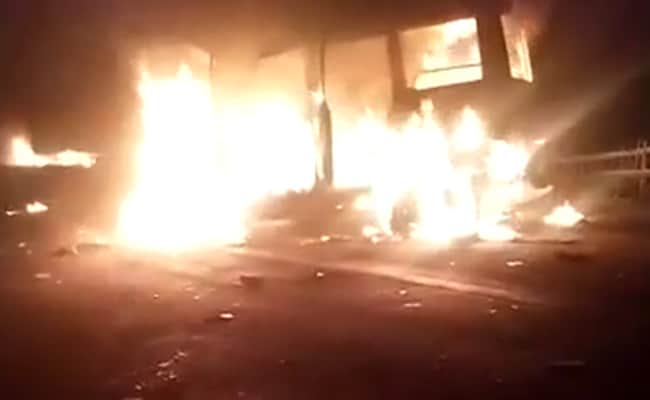 The impact of the accident was such that the vehicle immediately caught fire.

Three officials with the state excise department died and an equal number suffered critical injuries when a dumper truck smashed into their vehicle while they were travelling along National Highway-39 in Assam's Golaghat district on Thursday. The victims -- one of whom was an excise inspector -- were on their way to conduct a raid when the incident occurred.

The police have found the timing of the accident suspicious. "The circumstances are mysterious, and that's why we can disclose everything only after the investigation is complete. The truck driver has been arrested, and a detailed interrogation should give us a clear idea of what has happened here. We need to consider all angles here, given that it involves excise department officials who were on an operation," Golaghat Superintendent of Police Pushparaj Singh told reporters.

According to sources, the six-member team of excise officials was travelling towards Jorhat in a Tata Sumo when it collided with the truck. The impact was such that the vehicle caught fire immediately.

Excise inspector Sumu Maibangsa and another official from his team, Ramen Bonjang, were both burnt alive inside the vehicle. The third victim, Harekrishna Kumar, died at the Jorhat Medical College Hospital.

The three critically injured officials were identified as Sundar Bari, Tanu Injal and Zahidul Haque. All of them are undergoing treatment at the Golaghat civil hospital, sources added.

The Assam government has ordered an investigation into the incident.