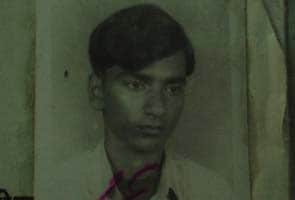 A picture of Abu Hamza from his college days

New Delhi: The terrorist, Abu Hamza, deported from Saudi Arabia to Delhi earlier this month, has revealed that the attacks unleashed upon Mumbai in 2008 were planned two years before that.

Hamza, who is originally from Maharashtra, served as one of six handlers who were based in Karachi during 26/11.  At the other end of their phone lines were ten terrorists, including Ajmal Kasab, who were executing the orders to attack Mumbai's landmarks.

Sources say that during his interrogation in Delhi, Hamza has said that the Lashkar-e-Taiba conceived the plan to launch simultaneous attacks across Mumbai in 2006.  The terror group wanted to use young Indian men - members of the banned Students Islamic Movement of India or SIMI to carry out their plan. But then a huge cache of arms and ammunition - Ak47s and RDX -was discovered in Aurangabad. This was allegedly what was to be put to use in Mumbai.  Several people were arrested, but Hamza managed to escape and moved to Pakistan.

A year later, Hamza claims, the plan for Mumbai was redrafted in Pakistan. Lashkar commanders decided to use local recruits, among them, Ajmal Kasab. A group of 30 people were trained for the mission in India.

Promoted
Listen to the latest songs, only on JioSaavn.com
In September 2008, the men tried to sail from Karachi to Mumbai but they failed because the waters were too choppy. In November, they set sail again, and arrived at Mumbai's Gateway of India. 166 people were killed in 64 hours, as the ten men split into pairs, targeting hotels, a hospital, and the city's main train station - CST -at rush hour.