Union Minister and BJP leader Smriti Irani, who is contesting against Congress president Rahul Gandhi, will address a public meeting in Amethi today. 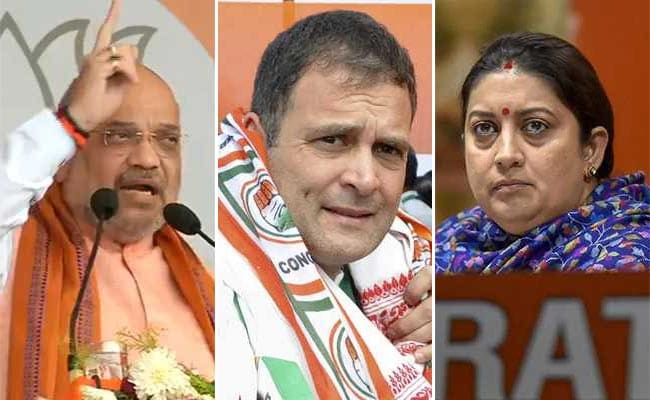 Campaigning for 2019 Lok Sabha elections is in full swing in various states.

As campaigning for 2019 Lok Sabha elections is in full swing a week before polling begins, party leaders are chalking out various strategies to gather votes.

Union Minister and BJP leader Smriti Irani, who is contesting against Congress president Rahul Gandhi, will address a public meeting in Amethi today. It is for the first time that Ms Irani will be campaigning in the high-profile constituency, after the schedule of the polls were announced.

Congress president Rahul Gandhi, who is contesting from Wayanad Lok Sabha seat in Kerala in addition to his traditional stronghold of Amethi in Uttar Pradesh, files his nomination today.

Here are the LIVE updates from Lok Sabha election campaigning:

Apr 04, 2019 14:27 (IST)
After Rahul Gandhi's Wayanad tour, BJP national general secretary P Muralidhar Rao says: "Not love for South India but making a virtue out of necessity is the desperate game-plan of the frustrated Congress leadership to save the face of its Party President Rahul Gandhi. South has rejected Congress, lock, stock and barrel and the trend will continue."
Apr 04, 2019 13:48 (IST)
Congress leader Priyanka Gandhi says Rahul Gandhi, her brother, is by far the most courageous man she knows.

My brother, my truest friend, and by far the most courageous man I know. Take care of him Wayanad, he wont let you down. pic.twitter.com/80CxHlP24T

Thousands of people have gathered around Wayanad, Kerala for Congress President @RahulGandhi's road show after he filed his nomination. #RahulGandhiWayanad#RahulTharangampic.twitter.com/cri5zAu8Ru 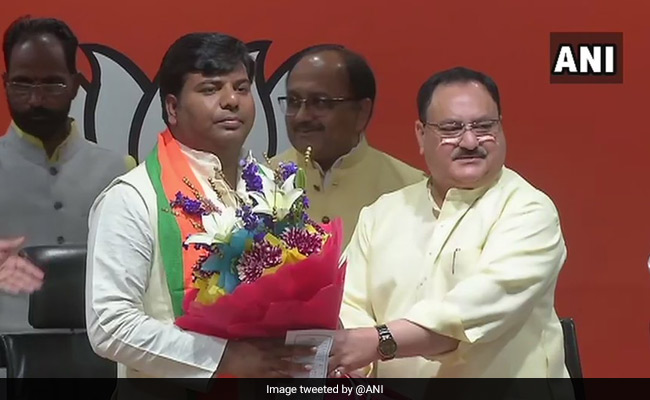 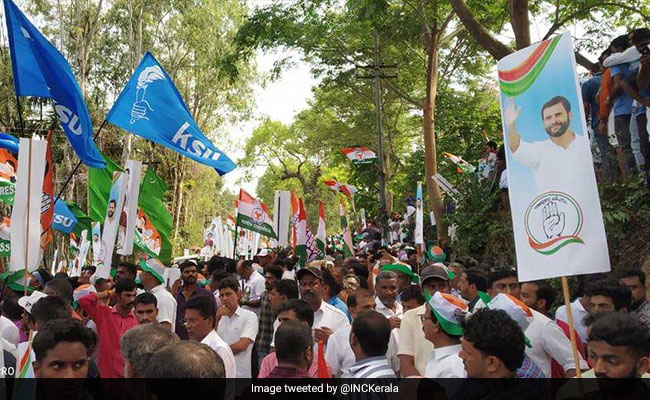 Apr 04, 2019 10:50 (IST)
Congress Central Election Committee announces two more candidates for the ensuing elections to the Lok Sabha from Gujarat. Babubhai Katara will contest from Dahod and Sherkhan Pathan will contest from Bharuch.
Apr 04, 2019 09:49 (IST)
Union Minister Smriti Irani tells news agency ANI: "He (Congress president Rahul Gandhi) enjoyed a position of power for 15 years because of the support from Amethi, but now he is going to file nomination from elsewhere. This is an insult of Amethi and people here will not tolerate this."
Apr 04, 2019 09:33 (IST)
The BJP has topped the chart of political advertisers on Google with an advertisement spent share of around 32 per cent, while its rival Congress is ranked sixth with a meagre 0.14 per cent share.
Political parties and their affiliates have spent Rs 3.76 crore on advertisements since February 19, 2019, according to the internet giant's Indian Transparency Report released today.
Apr 04, 2019 09:32 (IST)
Election Commission of India has seized Rs 377.511 crore cash, Rs 157 crore worth of liquor, Rs 705 crore worth of drugs and metals worth Rs 312 crore till date, report news agency ANI.
Apr 04, 2019 09:20 (IST)
BJP chief Amit Shah is scheduled to address rallies in Telangana and Andhra Pradesh today.
2019 Lok Sabha Elections LIVE UpdatesRahul GandhiWayanad