2 Trekkers, Stranded For Over 48 Hours, Rescued By Cops In Uttarakhand

Vishal Gangwar, 28, and Santosh Kumar, 30, started their trek to Khaliya Top in Pithoragarh district on Sunday and were stranded near Birthi fall in Munsiyari, Uttarakhand. 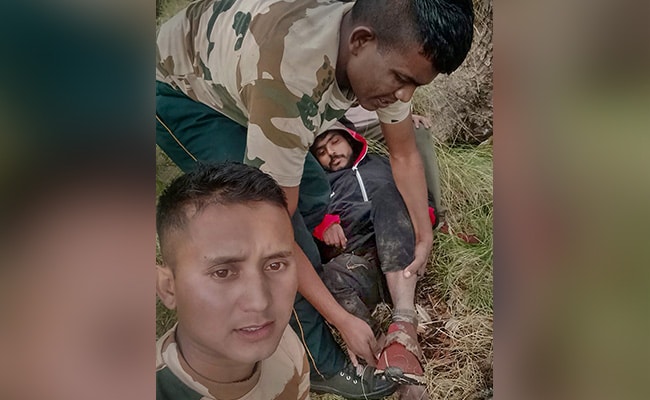 The trekkers were dehydrated and hungry when found by the Indo-Tibetan Border Police.

Two trekkers from Uttar Pradesh who were stranded for over 48 hours during an expedition in Pithoragarh district of Uttarakhand have been rescued by a team of the Indo-Tibetan Border Police (ITBP), a senior officer said on Wednesday.

Vishal Gangwar, 28, and Santosh Kumar, 30, started their trek to Khaliya Top in the district on Sunday.

The duo got stranded near Birthi fall in Munsiyari, away from the seven-km-long trekking route, and somehow managed to call for help from their phone, an ITBP spokesperson said.

The 14th battalion of the ITBP stationed in the area was alerted by the authorities and two teams were dispatched for the rescue operation, he said.

One of the teams intercepted the climbers on Tuesday night near the Birthi fall area, he said.

The trekkers were dehydrated and hungry and the ITBP teams provided them with food and water, the senior officer said.

"The rescue operation is still on. The rescue team tried to call a helicopter but due to steep gradient, forest and weather hazards, it was not possible to airlift them," he said.

The team is in the process of taking the trekkers to safety through the land route, the spokesperson said.