2 Terrorists Killed In Kashmir, One Of Them Was Behind Civilian Killings

Awantipora Encounter: The terrorists who were killed have been identified as Shahid Rather from Tral and Umar Yousuf from Shopian region, the Kashmir Zone Police tweeted. 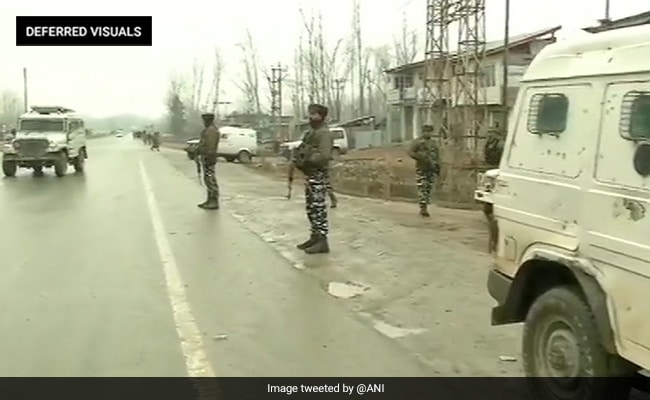 Two terrorists have been killed in an encounter today with security forces in Jammu and Kashmir's Pulwama district, the police said. One of the terrorists killed was involved in civilian killings, they added.

The encounter broke out at Rajpora in the Awantipora area of Pulwama district late on Monday night after security forces launched an anti-terror operation, a police official said.

Two local terrorists were killed in the encounter. Two AK rifles and incriminating material were also seized from the scene of the encounter, the police said.

The terrorists who were killed have been identified as Shahid Rather from Tral and Umar Yousuf from Shopian region, the Kashmir Zone Police tweeted.

"Besides other terror crimes, terrorist Shahid (Rather) was involved in the killing of a woman Mst Shakeela from Aripal and a government employee (peon) Javid Ahmed from Lurgam Tral," the Inspector General of Police Kashmir Zone said.

Killed #terrorists identified as Shahid Rather of #Tral & Umar Yousuf of #Shopian. Besides other #terror crimes, #terrorist Shahid was involved in killing of a woman Mst Shakeela of Aripal & a govt employee/ peon Javid Ahmed of Lurgam Tral: IGP Kashmir@JmuKmrPolice

Mr Kumar said 14 of the foreign terrorists were from terror group Jaish, founded by Masood Azhar, while 12 were from the Lashkar-e-Taiba set up by Hafiz Saeed.