In both cases, the food pipe and other organs of the patients were "significantly damaged" 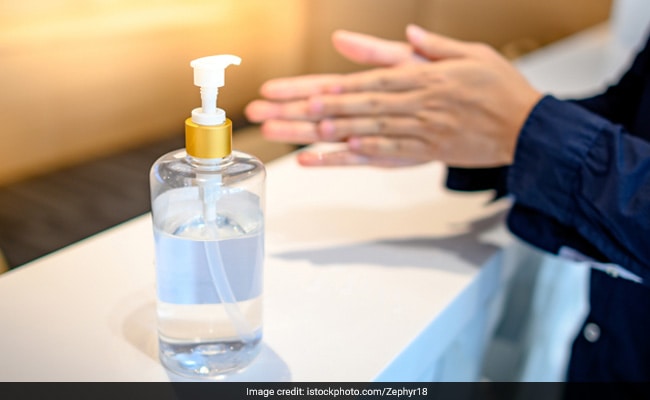 The man and the woman had accidentally drank santiser (Representational photo)

Two people, who had accidentally consumed sanitiser a few months ago, finally got a new lease of life after undergoing oesophageal reconstructive surgeries at two units of a leading private healthcare group in New Delhi.

The patients, a 24-year-old man from Karnataka and a 20-year-old woman from Kashmir, underwent operations recently after their unfortunate episodes, the hospital said.

In both cases, the food pipe and other organs of the patients were "significantly damaged" due to accidental consumption of corrosive substances.

The man from Karnataka had accidently ingested sanitiser four months ago. As he was unable to swallow even water, a pipe had been inserted in his intestine and he was alive on milk feeds through this pipe, in his city for a long time, the Fortis Healthcare group claimed in a statement.

On admission at Fortis hospital Shalimar Bagh in Delhi, "he was found to have complete scarring and obstruction of the entire food pipe and portion of the small intestine and stomach," it said, adding, he was operated for oesophageal reconstruction recently at the facility.

Similarly, the young woman from the Valley, had been visiting local hospitals, following accidental ingestion of sanitiser in her hometown. She was even unable to swallow her saliva, had become emaciated from malnutrition and lost a lot of weight, the group claimed.

The woman underwent a surgery for oesophageal reconstruction at Fortis hospital, Vasant Kunj, it said.

Dr Amit Javed, Director, Laparoscopic and Minimal Access Surgery, at the two facilities, along with his team operated on the two patients, the statement said.

A portion of the man's small and large intestines were used to create a "new food pipe". The surgery lasted for more than five hours after which the patient was kept under observation.

The patient has recovered very well and is now able to eat normal food, the group claimed.

In case of the Kashmiri patient, the challenging surgery lasted for more than six hours as the patient suffered from severe burns and scarring in her throat and stricture in her food pipe, it said.

The expert team of doctors reconstructed a "new food passage" by using a part of her stomach and intestine, the statement said.

Dr Javed said corrosives are irritant substances which when ingested either intentionally or by accident results in severe burns of the oesophagus (food pipe) and the stomach. Early symptoms include difficulty in breathing, hoarseness of voice, mouth and throat pain, drooling of saliva, vomiting and abdominal pain.

In severe cases, there can be perforation of the oesophagus and the stomach. As the acute injury heals, there are formation of strictures, which results in narrowing of the food passage and leads to obstruction, he added.