Coronavirus: With this, the total number of Indians infected on the ship has risen to six. 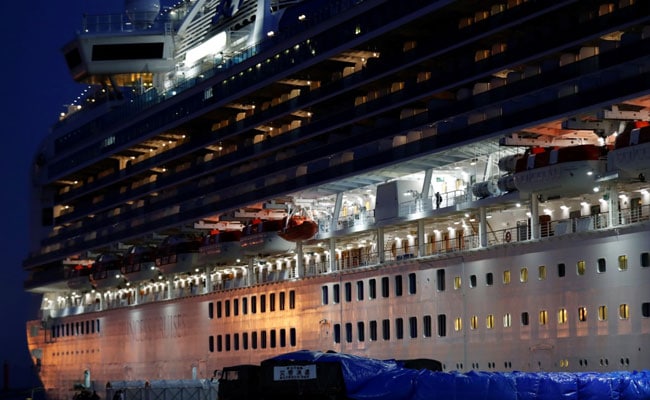 Diamond Princess: The ship has been quarantined (File)

Two more Indian citizens on board a luxury cruise ship off Japan have been tested positive for Novel Coronavirus, which has killed hundreds in China. With this, the total number of Indians infected on the ship has risen to six. The government is exploring options to evacuate them, sources in the Indian Embassy in Japan have said.

A total of 138 Indians, including 132 crew and 6 passengers, were among the 3,711 people on board the ship, Diamond Princess, that arrived at the Japanese coast earlier this month.

The total number of positive coronavirus cases on the ship has risen to 454, news agency AFP reported.

Two Indians were tested positive on Sunday. "Over the last 2 days, 137 new cases on #DiamondPrincess tested positive for #COVID?19, including two Indian nationals, taken to onshore medical facilities for treatment. Three other Indian crew members, receiving treatment are responding well, with no fever or pain," the Indian Embassy had tweeted.

According to the sources, the Indian government is evaluating evacuation options currently. It is weighing other options as well.

The Diamond Princess vessel moored in Yokohama near Tokyo has become the second-largest cluster of coronavirus cases outside the epicentre in China.

Passengers have been largely confined to quarters since February 5 with only brief and occasional breaks to take air on deck -- with face masks.

The quarantine period is over on Wednesday but many countries have decided to repatriate their citizens after an alarming climb in cases on board.

The government earlier this month airlifted over 600 Indian citizens from Wuhan, the epicenter of the outbreak, and placed them in isolation wards.