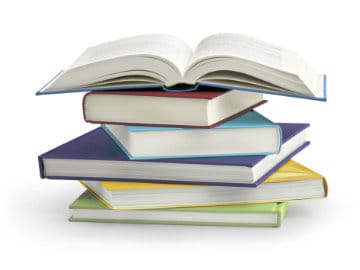 New Delhi: A geo-political drama interspersed with elements of romance set against the backdrop of the political uprising of 2013 in the national capital forms the subject of a novel released by 17-year-old, Simar Malhotra.

The book, "There is a Tide", written by the first-time author has been published by Rupa was launched by noted lyricist and poet Javed Akhtar recently.

"It's a big achievement at such a small age. Simar who's a 17-year-old girl went much beyond her years and dared to pen down her first novel. I encourage and insist her to continue with her writing habit, and wish her a promising an extraordinary writing career ahead," Mr Akhtar said.

The piece of fiction chronicles the journey of a young girl Rhea, born in a conservative Delhi-based family. Her chance to break-free from the shackles of traditions comes when she gets the opportunity to attend a summer course at Yale University.

In Yale she meets a fellow Indian Abhimanyu, who despises his nationality due to injustices that were inflicted upon his family. It is her journey back to the political events unfolding in the Indian capital and her inadvertent involvement in the storm which forms the latter half of the novel.

The young author who is currently pursuing International Baccalaureate from a Jaipur school says that her habit of writing a journal eventually led to the conception of the book.

"I have always been writing a journal. It is always good to have stuff that you can put down on pages and flip through them later and relive them," she says.

Simar, who attended a summer course at Yale University last year, says studying 'Writing' and 'Shakespeare' got her started on the novel.

"That was the first time I wrote for an audience, people read what I wrote. Before this my writing was meant only for myself. My professors were really inspiring and motivating.

"After I was back in India, I was flipping through the pages of my journal and I thought why not try and weave this into a story. That is how it started. So, the first part of my book is based in Yale," she adds.

The protagonist of the book, Rhea Saxena is an aspiring author who goes to Yale in the summer and experiences the free-wheeling life of an American college student, which according to the author, is a mirror of her own experiences.

"A little bit of me was there in Rhea. I think an element of truth is required in order to connect with people. Its not an autobiography, I actually went to Yale, the Yale campus description is all what i saw," says Simar who enjoys reading Meg Cabot stories.

Promoted
Listen to the latest songs, only on JioSaavn.com
Simar, a self-confessed lover of happy endings says that along with some action, an element of romance is necessary in order to grip the attention of the reader. The book which was completed over the period of a year, carries a strong message of taking action over societal ills, instead of complaining about them.

"My book should stand out because it has a lot of facts and it has a message and if people are observant, they will grasp it," she says.
Comments
First time authorpolitical fiction