16 Arrested After Two Men Beaten To Death In Assam

After two men were beaten to death in Karbi Anglong, police is keeping a check on social media rumours. 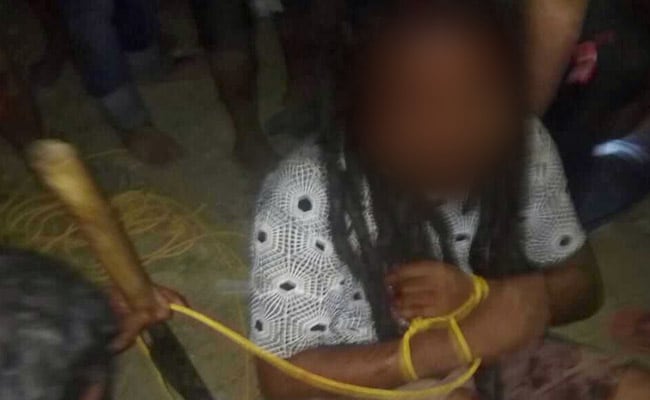 The men were beaten to death on the suspion that they were child kidnappers.

Guwahati: As many as 16 people have been arrested after two men were beaten to death in Karbi Anglong district of Assam. A senior police officer has been given the charge of keeping a vigil on rumours on social media, the police chief of the state said today.

Chief Minister Sarbananda Sonowal held a high-level meeting to review the situation and asked Director General of Police Kuladhar Saikia to prevent spread of rumours and take action against troublemakers.

At a press conference, Mr Saikia said among those arrested was a man who allegedly spread the rumour that child kidnappers had entered Assam, on social media.

While Additional Director General of Police Mukesh Agarwal is monitoring the investigation, ADGP Harmeet Singh has been given the charge of keeping a check on rumours on the social media, he said.

The DGP appealed to the people not to get swayed by rumours on social media and immediately inform the police if they came across any such post.

The police have released some telephone numbers for the people to contact them in this regard. They can also inform the nearest police station, the superintendent of police or the police headquarters in Guwahati about it, he said.

The chief secretary was also present at the press conference.

Asked whether forces from outside the state are spreading rumours in the run up to the publication of the second draft of the National Register of Citizens slated on June 30, Mr Saikia said it was not possible to say anything at this stage, but the investigation would cover all angles.

He said security in vulnerable areas of the state has been intensified and special patrolling was being conducted, particularly in the weekly Sunday markets.

At the review meeting, the chief minister said those involved in the killing of the two men should be brought to book immediately and no leniency should be shown in dealing with the case.

The DGP and the chief secretary were present at the meeting, in which Mr Sonowal was informed of the progress made in the investigation of the killing of Nilotpal Das and Abhijeet Nath, an official release said.

Nitopal Das and Abhijeet Nath had gone to a picnic spot in Kangthilangso in Karbi Anglong district on Friday and while returning at night, their vehicle was stopped at Panjuri by a group of villagers who beat them to death on the suspicion that they were child kidnappers.

Mr Das (29) was a sound engineer who came to Assam from Goa on a vacation along with his friend Abhijeet Nath (30), a businessman. They had gone to Karbi Anglong to visit some scenic spots.

In a video of the incident circulated on social media, the two men can be heard begging for their lives and trying to explain to the livid crowd that they were innocent.

After the police reached the spot, the two seriously injured men were rushed to a hospital but they died on the way. Their bodies were brought to Guwahati and cremated late last night.

Mr Saikia had last night said that for the past few days, posts on child kidnappers have been shared on social media which created panic among the people.
Comments
assamKarbi Anglong