15 Out Of 139 Women Candidates Won Gujarat Assembly Polls, 14 Of Them From BJP

Gujarat results: Out of the 15 winners, 14 belong to the Bharatiya Janata Party (BJP), while one is from the Congress. 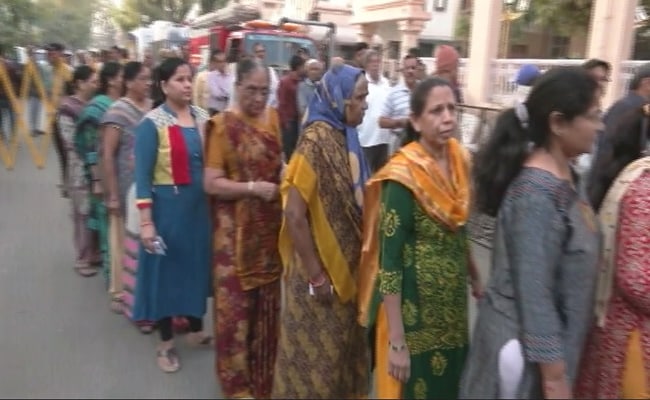 A total of 139 women candidates were in the contest for Gujarat. (Representational)

The number of women candidates winning the Gujarat Assembly polls rose marginally as 15 of them emerged victorious this time as compared to 13 in the last election.

Out of the 15 winners, 14 belong to the Bharatiya Janata Party (BJP), while one is from the Congress. A total of 139 women candidates from different political parties and independents were in the fray this time.

This time, the BJP had given tickets to a total of 18 women, while the grand old party had fielded 14 such candidates.

Some of these successful BJP women candidates attributed their victory to the hard work of party workers and the leadership of Prime Minister Narendra Modi and state BJP chief C R Paatil.

BJP's Sangita Patil, who won from Limbayat in Surat city, credited her victory to the page committee.

"Because of the 'brahmastra' of the page committee, party workers consulted every household. Thanks to that, BJP got this positive result in the entire state. The hard work of PM Modi, organisational skill of C R Paatil and developmental work of CM Bhupendra Patel also paid off," she told reporters.

Bhanuben Babaria, who clinched the Rajkot Rural seat as a BJP nominee, hailed the hard work of party workers for the saffron outfit's resounding victory.

In the elections held on December 1 and 5, the BJP won 156 seats, 17 went to Congress and five to the Aam Aadmi Party (AAP).

The Aam Aadmi Party (AAP) had fielded five women candidates, and Bahujan Samaj Party (BSP) 12. None of them could make it to the state assembly.

Six of the successful women candidates are sitting MLAs, including all the five of the BJP and one of Congress.

In the Vadodara (city) seat, the victory margin for sitting MLA Manisha Vakil was over 98,000.