100 Injured As Madhesis Clash With Security Forces In Nepal 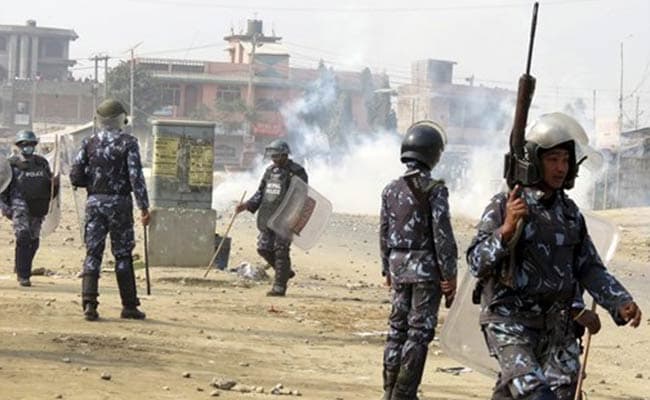 Madhesis have resorted to aggressive protests after Rajendra Mahato, a prominent leader of the Morcha and Chairman of Sadbhawana Party, sustained injuries in a clash.

Kathmandu: Around 100 people were today injured in Nepal's historical Janakpur town as agitating Madhesis clashed with security personnel, less than two weeks after the country's first woman President escaped unhurt in a similar showdown over the controversial new Constitution.

Tensions were running high throughout the day as the clashes broke out in the southern town of Janakpur, over 225 kms from here and home to the famous Ram Janaki temple.

Around 45 security personnel and 55 cadres of Madhesi Morcha were injured in the stand-off, the Kathmandu Post reported.

Madhesis, largely of Indian-origin, are agitating over the new Constitution demanding more representation. They are also protesting division of their ancestral homeland under the seven-province structure and have led an ongoing blockade of key border trade points with India.

Madhesis have resorted to aggressive protests after Rajendra Mahato, a prominent leader of the Morcha and Chairman of Sadbhawana Party, sustained injuries in a clash between police and Morcha cadres in Biratnagar border on Saturday.

Protests have erupted in various places of Rajbiraj and Janakpur over police action against Mahato, with Madhesi groups demanding action against the security personnel involved in the incident.

Schools and colleges have remained closed for three consecutive days. Business activities and market places have also come to a complete halt.