10 Facts About Vijay Rupani, Who Returns As Gujarat Chief Minister

BJP chief Amit Shah had earlier this year indicated that Vijay Rupani and deputy Nitin Patel would continue in their positions post the assembly elections, results for which were declared on Monday 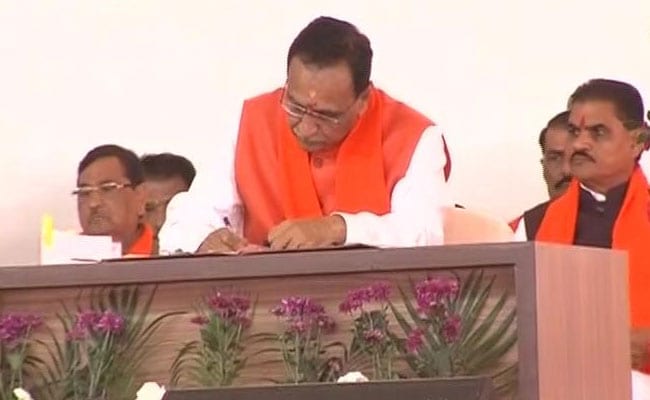 New Delhi: Vijay Rupani took oath as the Chief Minister of Gujarat this morning for a second consecutive term after the BJP won the assembly elections in the state. His deputy and 18 ministers were also sworn in at a well-attended ceremony in Gandhinagar. The presence of Prime Minister Narendra Modi, party chief Amit Shah and all chief ministers of the BJP-ruled states ensured a big show of strength by the ruling party. The BJP stuck to the duo despite a lower margin of victory in Gujarat in the assembly elections. Mr Rupani is seen as an acceptable face of the party and under his leadership, the BJP has done well, especially in his home district constituencies, sources said.

Here is a 10-point recap on the new Gujarat chief minister: