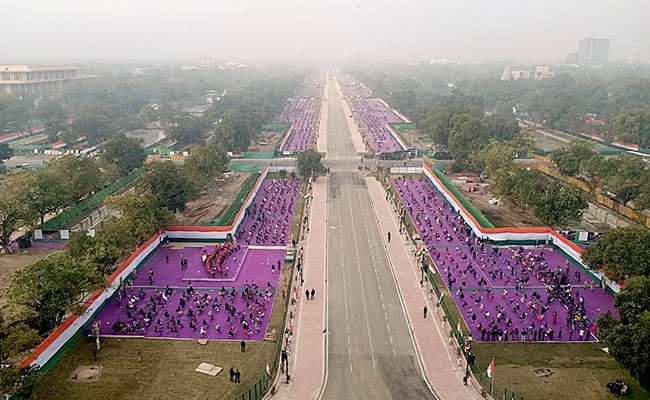 Owing to the pandemic, an audience of only 5,000 was allowed. ANI

The 73rd Republic Day celebrations at Rajpath started with an iconic parade and concluded with a stellar flypast by 75 aircraft, with all the colours and cultures of India on display. Owing to the pandemic, an audience of only 5,000 was allowed