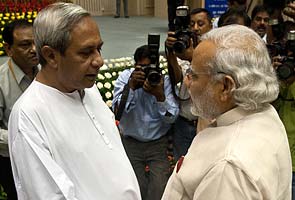 New Delhi: Prime Minister Manmohan Singh and Home Minister P Chidambaram met the chief ministers of all states on Saturday in the hope of finding consensus on the new National Counter Terrorism Centre or NCTC, described by some chief ministers as an attack on federalism. Here are 10 big facts on what has turned into a huge political confrontation.

1) What is NCTC? The new counter-terror agency was conceived of after the Mumbai attacks of 26/11. It has reportedly been a top priority for Home Minister P Chidambaram. The NCTC will sift through intelligence shared by different agencies like the Intelligence Bureau, and decide what is needed. It has the power to conduct searches and arrests in any part of India. The NCTC, to be located within the Intelligence Bureau, will carry out counter-terror operations and collect, collate and disseminate data on terrorism. The agency will also maintain a data base on terrorist and their associates including their families. The NCTC will also formulate a response to terror threats. It is meant to serve as a single and effective point of control and coordination of all counter terrorism measures.

2) The Mamata factor: The agency's proposed powers have been attacked by chief ministers of non-Congress states, most notably Mamata Banerjee. Her party, the Trinamool Congress, is a senior partner in the UPA coalition, so on the matter of the NCTC, she is taking on the government that she participates in. Ahead of the PM's meeting, Ms Banerjee said in Delhi a day before that she remains deeply opposed to the NCTC.

3) The controversy: It was meant to be commissioned on March 1 but the launch wasn't operationalised after fierce opposition from a group of chief ministers who wrote to the Prime Minister. They say the agency has sweeping powers that violate the autonomy of state governments.

4) The critics: Ms Banerjee, Narendra Modi from Gujarat, Navin Patnaik from Odisha, and Jayalalithaa from Tamil Nadu formed a powerful group of critics of NCTC. Nearly 12 non-Congress states registered their opposition to the NCTC.

5) Why states object: Non-Congress chief ministers allege that the NCTC has been empowered to search and arrest people without keeping the state government, police or anti-terror squad in the loop. In response, the centre has altered the rules. Now, the senior most police officers in all states - the Director Generals of Police and the chiefs of anti-terror squads of all states will be members of the Standing Council of the NCTC. They will be informed before the NCTC conducts an operation in their state.

6) Centre pushes for peace: Ahead of Saturday's meeting, the Home Ministry has circulated a set of Standard Operating Procedures for the operations wing of the NCTC, spelling out exactly how it will exercise its powers to search, seize or arrest - the provisions that had angered states the most. It has also promised to strengthen the powers of the Standing Council of NCTC, in which every state will be represented through its police chiefs.

7) Too powerful a body? Some parties like the BJP have also said that because the NCTC is placed within the Intelligence Bureau, it will have no accountability to Parliament. "Centre's anti-terror body is against the federal structure of the country. Law and order is a state subject and the states should be involved by the Centre in dealing with terrorist activities," said BJP leader Arun Jaitley. He further said the fight against terrorism must co-exist with federalism. "Both must co-exist. You cannot sacrifice federalism while combating terrorism," he added.

8) Centre's defence: Mr Chidambaram has said that the NCTC and its powers are derived from the Unlawful Activities (Prevention) Act that was debated and passed by Parliament in 2004 and amended in 2008 after the Mumbai attacks. He has also repeatedly stressed that terrorism has to be jointly fought by the centre and states.

10) The Third Front speculation: Ms Banerjee's shared stand with leaders like Mr Patnaik has provoked talk that she is open to new political equations, perhaps through a Third Front which would be a collaboration of strong regional parties. Ms Banerjee has however said that she does not plan to exit the UPA.
Comments
NCTCanti-terror bodycounter-terror bodyNational Counter Terrorism Centre