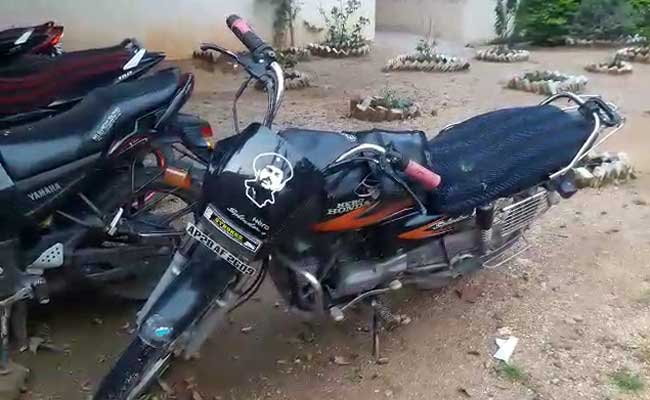 Hyderabad: In Hyderabad, a young woman rode nearly 12 km with her husband's dead body on a bike, allegedly after she killed him.

Pravallika Mendem, 25, was arrested over the weekend.

The police said that she killed her husband allegedly by banging his head against a wall and kicking him in the groin, along with her 16-year-old nephew after which they were ferrying his body on a bike borrowed from a neighbour at 11:30 pm on Saturday.

Two beat constables Nageswara Rao and Mahender tried to stop the two-wheeler as they saw three people on the bike, and the head of her husband was lolling onto the shoulders of the teen boy and his feet were dragging on the ground.

The 2-wheeler did not stop. They chased them for 2 km and caught the duo.

The woman and her nephew initially claimed that the man, Pullaiah Mendem was discovered dead by them on the roadside after he left the house to get drunk. Upon interrogation, they reportedly confessed to having killed him.

Promoted
Listen to the latest songs, only on JioSaavn.com
The woman and her husband had moved to Hyderabad just weeks ago after allegedly being sent away from their village in Kodada, Nalgonda for the woman allegedly having an affair with her nephew, who is only in tenth class.