The meeting to protest against Citizenship (Amendment) Act, National Register of Citizens and National Population Register was scheduled at Crystal Garden, a function hall in Mehdipatnam. 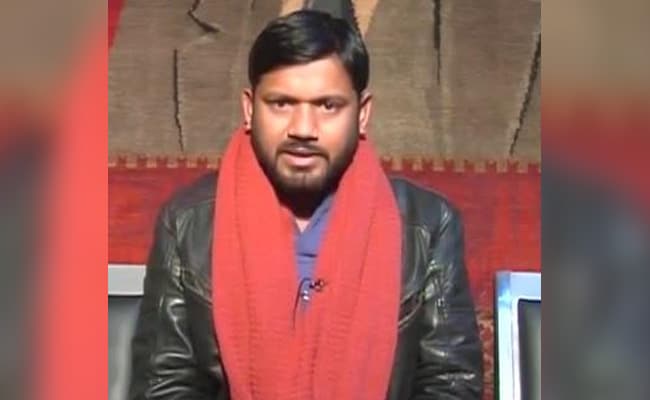 The Communist Party of India (CPI) had to cancel a public meeting that was to be addressed by former Jawaharlal Nehru University (JNU) Students Union president Kanhaiya Kumar in Hyderabad on Monday as the police denied him permission for the meeting.

The meeting to protest against Citizenship (Amendment) Act, National Register of Citizens and National Population Register was scheduled at Crystal Garden, a function hall in Mehdipatnam.

Hyderabad city unit of CPI had to cancel the meeting in the last minute as police did not give permission. While police has not communicated to the party leaders about refusing permission for the meeting, it had directed the function hall management not to make arrangements for the gathering.

CPI Hyderabad Secretary ET Narasimha told news agency IANS that they will approach the High Court against the police action in not granting permission for the public meeting.

CPI national secretary K Narayana and former MP Syed Aziz Pasha were to address the meeting along with Kanahiya Kumar.

Aziz Pasha condemned the police action in denying the meeting for a public meeting. He alleged that the police officers were acting at the behest of Telangana Rashtra Samithi (TRS) government. The CPI leader said the police were suppressing democratic rights by refusing permission for peaceful public meetings.

The CPI leaders wondered why a few groups were being permitted to organise the protests. They recalled that the police had denied permission to the Left parties for a protest march last month.

The main opposition the Congress too was denied permission to organise protest rallies against the CAA. Its leaders had complained to Governor Tamilsai Soundararajan against Hyderabad Police Commissioner Anjani Kumar for being biased.

The opposition parties alleged that only All India Majlis-e-Ittehadul Muslimeen (AIMIM) was given permission for protest march as it is an ally of the ruling party.

AIMIM had organised massive 'Tiranga rally' on January 10. It has also announced more protests on January 25 and January 30.

(Except for the headline, this story has not been edited by NDTV staff and is published from a syndicated feed.)
Comments
Kanhaiya KumarCommunist Party of IndiaCitizenship (Amendment) Act