World Kidney Cancer Day 2022: Dr. Tejendra Singh Chauhan explains how Hypertension can increase the risk of kidney cancer. Also, how can it be diagnosed and treated. 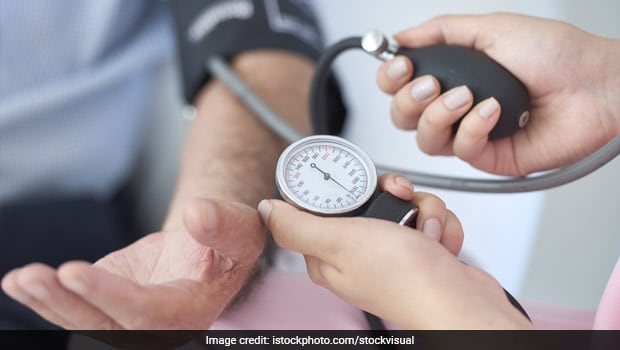 Globally the number of Kidney cancer is on a rising. The incidence of Kidney cancer (also called renal cell carcinoma ) has risen threefold. The incidence of renal cell carcinoma (RCC) varies widely from region to region with the highest rates observed in the Czech Republic and North America. Worldwide, there are over 400,000 new cases of RCC and over 170,000 deaths annually due to kidney cancer.

Kidney Cancer is approximately twofold more common in males compared with females and occurs predominantly in the sixth to eighth decade of life. It's a deadly disease but because of early detection, the five-year survival rate of patients with kidney cancer has doubled over the last 60 years, from 34 percent in 1954 to 75 percent in 2015. This improved survival is mostly due to earlier detection of these tumours at smaller sizes (due to increased imaging practices)  and curative surgical treatment.

Hypertension predisposes to kidney cancers. According to the World Health Organization, hypertension is estimated to affect up to 40% of adults worldwide with the prevalence continuously increasing. Hypertension is often associated with other factors which are themselves risk factors for Kidney cancers, such as smoking and obesity.

The plausible biological mechanisms underlying the association between hypertension and kidney cancer remain unclear. However, it is possible that hypertension might induce a state of chronic inflammation, which means the body is always in a state of the war-like situation leading to a lack of oxygen at the tissue level. This activates the cellular hypoxia response pathway and promotes hypoxia-induced factor expression in the kidney. This abnormal accumulation of hypoxia-inducible factors leads to cell growth dysregulation and the formation of new blood vessels (angiogenesis). Moreover, inflammatory conditions accompanying hypertension contribute to renal carcinogenesis and tumour progression.  Cancer-related inflammation induces instability in cancer genes due to inflammatory mediators.

It is also possible that hypertension is associated with dysfunction in the innermost delicate lining of blood vessels called the endothelium, which leads to increased formation of reactive oxygen species in hypertensive individuals. Reactive oxygen species can promote tumour development and progression through various biological processes.

How are Kidney Cancers diagnosed?

For patients not diagnosed incidentally, symptoms and signs are generally related to invasion of adjacent structures or distant metastases.

The majority of kidney cancers are diagnosed in routine sonography of the abdomen for another reason. The classic triad of Kidney Cancer is flank pain, blood in urine, and a palpable abdominal mass, which occurs in at most 9 percent of patients.

Haematuria (Blood in urine )was observed in almost 40 percent of patients, When severe, the bleeding can cause clots and "colicky" discomfort.

Surgery is curative in the majority of patients with kidney cancers who do not have progressed beyond the kidney. But prevention is always better than cure so it is better to avoid risk factors of kidney cancer. So by avoid smoking, maintaining a healthy weight, and maintaining your blood pressure in an optimal range can prevent us from this deadly disease.

Disclaimer: The opinions expressed within this article are the personal opinions of the author. NDTV is not responsible for the accuracy, completeness, suitability, or validity of any information in this article. All information is provided on an as-is basis. The information, facts, or opinions appearing in the article do not reflect the views of NDTV and NDTV does not assume any responsibility or liability for the same.

International Yoga Day 2022: 17 Reasons Why You Need To Add Yoga To Your Daily Routine