Researchers May Have Found A Possible Cure For HIV: Report 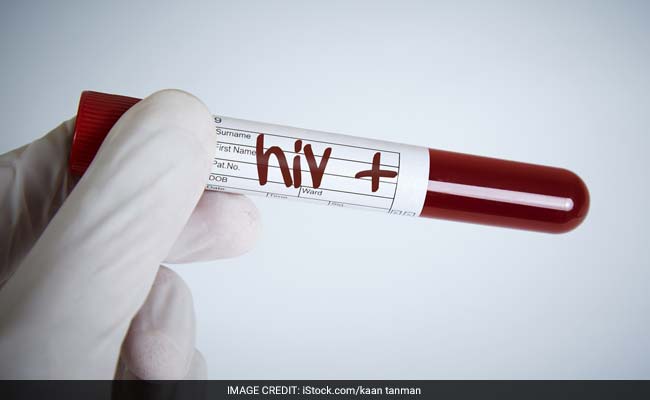 London: A new research may have found out a possible cure for HIV infection.

UK scientists and clinicians working on a groundbreaking trial to test a possible cure for HIV infection said that they have made remarkable progress after a test patient showed no sign of the virus following treatment, reports the Guardian.

The research, being carried out by five of Britain's top universities with NHS support, is combining standard antiretroviral drugs with a drug that reactivates dormant HIV and a vaccine that induces the immune system to destroy the infected cells.

Antiretoviral drugs alone are highly effective at stopping the virus from reproducing but do not eradicate the disease, so must be taken for life.

Reportedly, fifty patients are taking part in the trial. Early tests on the first person to complete the treatment show no signs of the virus in his blood.

There is still a long way to go before the treatment can be deemed a success as the virus has previously re-emerged in people thought to have been "cured" and the use of antiretroviral drugs means the researchers cannot be sure the HIV has gone. Nevertheless, there is optimism over the findings.

Mark Samuels, the managing director of the National Institute for Health Research Office for Clinical Research Infrastructure, said, "This is one of the first serious attempts at a full cure for HIV. We are exploring the real possibility of curing HIV. This is a huge challenge and it's still early days but the progress has been remarkable."

HIV is able to hide from the immune system in dormant cells where highly sophisticated modern testing cannot find it, and therefore resist therapy. The treatment endeavours to trick the virus into emerging from its hiding places and then trigger the body's immune system to recognise it and attack it, an approach that has been called "kick and kill."

The difficulty of declaring a patient clear of HIV was illustrated by the case of a girl in Mississippi who was put on a strong course of antiretroviral drugs within 30 hours of her birth in 2010 after her mother was found to be HIV positive.

Treatment continued until the hospital lost contact with the mother 18 months later. When mother and child reappeared five months later the baby had no detectable virus in her blood, raising hopes that early intervention had cured her, but two years later the virus re-emerged.

Promoted
Listen to the latest songs, only on JioSaavn.com
The only person believed to have been cured was Timothy Ray Brown, an American treated in Germany. He needed a bone marrow transplant to replace his own cancerous cells with stem cells that would remake his immune system; his doctor found him a donor who was naturally resistant to HIV infection due to a genetic mutation that blocks HIV from entering the cells in the human body.

However, stem cell transplants are difficult and potentially dangerous for the recipient and only undertaken where they can save a life.