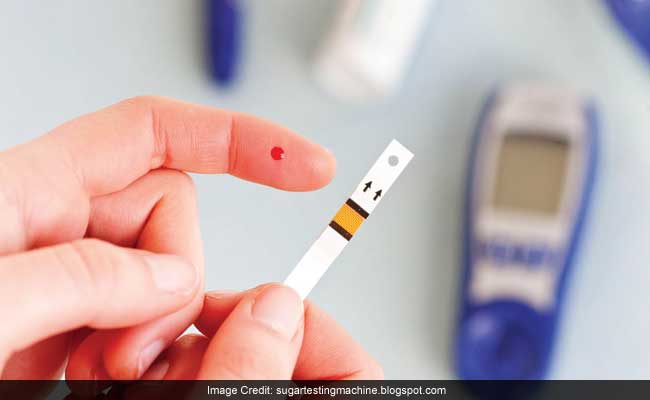 The novel findings open up avenues for drug development and therapy. (Representational)

Kolkata: In a major breakthrough, scientists have zeroed in on key disease events triggering type 2 diabetes in obese people.

"A lot of obese people are getting diabetes type 2 (insulin resistance diabetes). Even in rural India, obesity is increasing. We have discovered a novel mechanism in the pathway that leads to type 2 diabetes in obese people. This is perhaps the root cause of the pathway and opens up possibilities for development of new drugs based on the finding," immunologist Dr Dipyaman Ganguly of CSIR-IICB told IANS.

Published in August in the journal Diabetes, the study builds upon existing data on the links between obesity and diabetes.

But the question remained why the macrophages -- which usually respond to infections -- become activated in fat tissue.

"We found this link. When a person becomes obese, the fat cells get enlarged and they release a specific chemical called chemerin and this chemerin recruits specific immune cells called plasmacytoid dendritic cells (or pDCs) and these in turn drive macrophages to an activated stage and lead to inflammation," said Dr Ganguly.

Apart from a potential drug target, chemerin could also be used as a biomarker to pinpoint obese individuals who are more prone to diabetes, said Dr Ganguly, clarifying not all obese individuals suffer from the non-communicable disease.

Although the study was performed on a specific Indian cohort, Dr Ganguly believes researchers globally will take the findings forward and carry out analysis on different communities to gauge the link between obesity and insulin-resistance in those groups.

The key co-authors of the paper are Dr Amrit Raj Ghosh, Dr Om Tantia (who led the team of surgeons who recruited the patients and collected samples) and endocrinologist Dr Satinath Mukhopadhyay from IPGMER.

Promoted
Listen to the latest songs, only on JioSaavn.com
According to the latest Lancet study, China, India and the US are among the top three countries with a high diabetic population.

"In about 70 per cent of cases in bariatric surgery, diabetes goes into remission. So with a biomarker, we can also check if there has been a drop in the levels of chemerin after surgery. Also, India has one of the highest rates of progression from metabolic syndrome to diabetes. We have to identify who are at risk, we can't go on screening the entire population," Dr Mukhopadhyay said.