Having This Could Reduce The Risk Of Having A Heart Failure

Using blood thinners in patients with worsening heart failure, coronary artery disease or irregular heart rhythms was associated with a 17% reduced risk of thromboembolic events, such as stroke and heart attack. 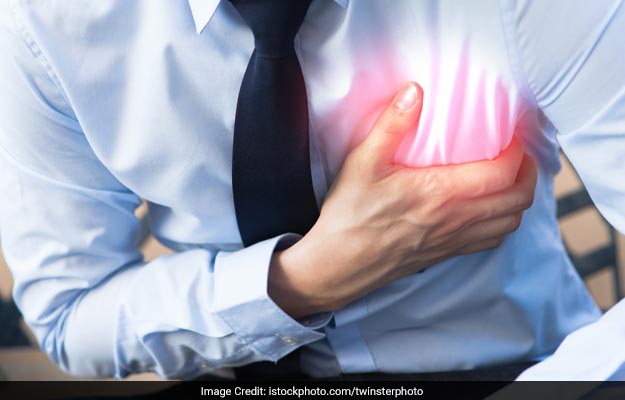 Use of low dose blood thinner could effectively bring down the heart failure risks, found a new study.

The study published in JAMA Cardiology revealed that using blood thinners in patients with worsening heart failure, coronary artery disease or irregular heart rhythms was associated with a 17 per cent reduced risk of thromboembolic events, such as stroke and heart attack.

"We found that 17 per cent of patients with heart failure due to not enough blood being pumped out of the heart, coronary artery disease and normal sinus rhythm (the heart's electrical impulse) experience thromboembolic events. This was more frequent than we had originally thought," said Barry Greenberg, a researcher.

"We initially wanted to know if we could improve outcomes in patients after an episode of worsening heart failure using a low dose of blood thinner. What we found was that, while this strategy didn't accomplish that goal, it was associated with a significant reduction in the risk of clinically important events that are caused by thrombosis- stroke, heart attack, and sudden cardiac death," Greenberg added.

According to the Centers for Disease Control and Prevention, approximately 610,000 people die of heart disease in the United States annually -- that's one in every four deaths nationwide. Heart disease is the leading cause of death for both men and women.

The international, randomized COMMANDER HF study included 5,022 patients after discharge from a hospital or in treatment in an outpatient clinic for worsening heart failure. Patients were given 2.5 milligrams of rivaroxaban (a blood thinner marketed as Xarelto) orally twice daily or a placebo in addition to their standard therapy.

"Although there was some increase in bleeding risk with low-dose rivaroxaban, major bleeding, which was the primary safety endpoint of the study, was not significantly increased," said Greenberg.

"This is an important observation because currently there is no mandate in place for physicians to prescribe blood thinners to this patient population," Greenberg added.